It gets no easier than this recipe for delicious cinnamon rolls!  It’s basically old-fashioned cinnamon toast that you can make in advance and transport to your tailgate. Genius! I’m doubling the recipe because something tells me that people won’t stop at just one! 2 cans refrigerated crescent rolls 1 stick butter, softened ½ cup sugar 1 TBSP cinnamon OPTIONAL – Glaze: ½ cup powdered sugar 1 tsp vanilla 2 TBSP milk Heat oven to 350 degrees F. In small bowl, combine butter, sugar and cinnamon; beat until smooth. Separate dough into triangles. Spread each triangle with around 1 TBSP cinnamon butter mixture. Too much and it’ll all goop out (like my first batch did). Roll up each, starting at the widest side, as you would normally do for crescent rolls. Firmly press ends and seams to seal. Roll back and forth lightly on counter top to further seal. Place each cinnamon filled crescent roll onto an ungreased baking sheet. You need to space them 2″ apart – my first batch didn’t turn out that well because I had them too close together. They will expand. Bake at 350 degrees F for 12 to 15 minutes or until golden brown. Not sure I’m using the glaze as the rolls are plenty sweet without it – you decide. If desired, top with the glaze: In small bowl, blend all glaze ingredients, adding enough milk for desired drizzling consistency. Drizzle over warm rolls. Yields: 16 rolls 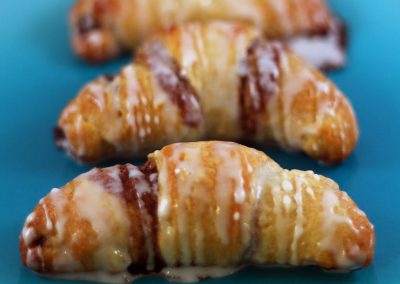 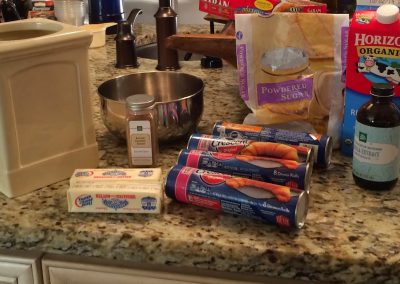 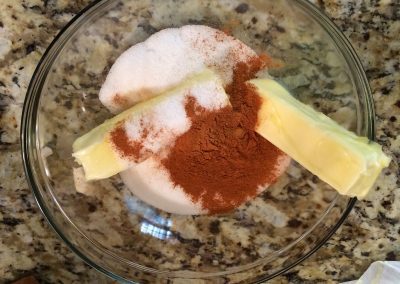 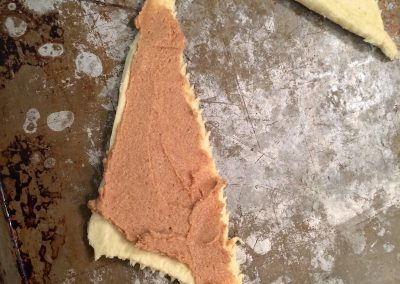 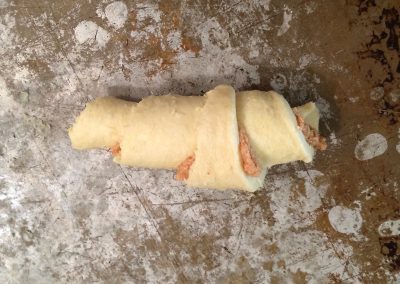 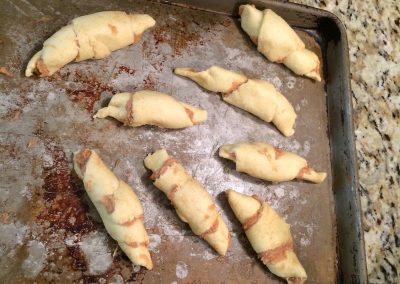 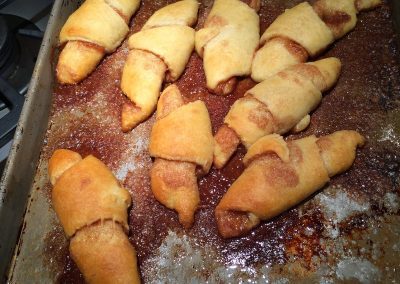 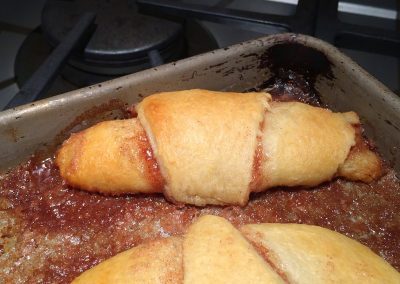