BACON-WRAPPED NEW POTATOES WITH SAUCE (Adapted from a recipe I got from my friend, Denise)

Makes about three dozen bites. These little morsels were so good I could’ve eaten the entire tray myself! Thank you Denise!

Preheat the oven to 400 degrees F.

Wash and dry the potatoes. Chop them into 1-inch pieces, keeping the chunks roughly the same size even if they aren’t the exact same shape.

Put the potatoes in a medium pot, cover with cold water, and bring to a boil. Season the water with 2 teaspoons of salt. Once the water begins to boil, cook the potatoes for 3 to 4 minutes, until you can stick a fork into them without too much resistance. You want the potatoes to be almost, but not fully, cooked through so they won’t fall apart during the next steps.

Cut the strips of bacon into thirds. Wrap each potato bite in a piece of bacon, securing it with a toothpick.

Put the potatoes on a baking sheet lined with parchment paper or aluminum foil spaced an inch or two apart. You may need to cook the potatoes in two batches.

Cook the bacon-wrapped potatoes for 15 minutes, then flip each piece. Cook for another 15 to 20 minutes, until the bacon is cooked through and as crisp as you like it.

Mix the sour cream, chives, Lemon Pepper and hot sauce in a small bowl. Season to taste with salt and pepper. Pile the potato bites on a plate and serve alongside the dip. 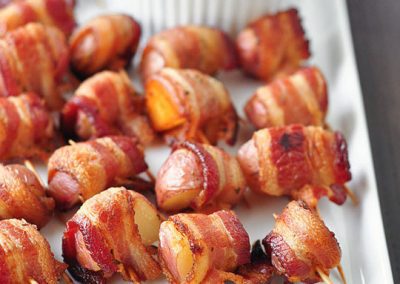 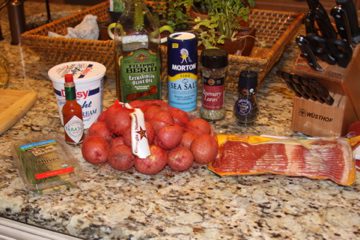 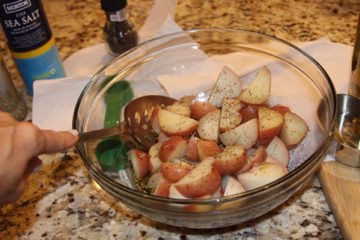 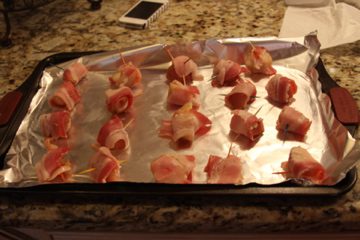 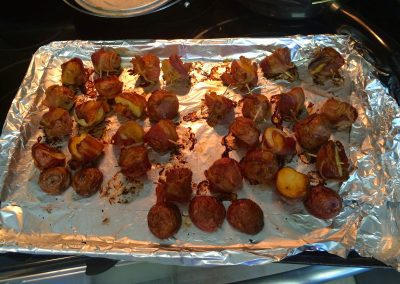 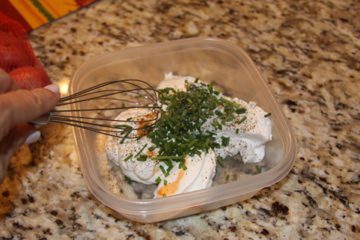 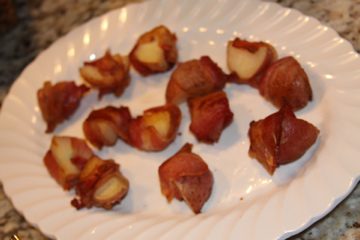 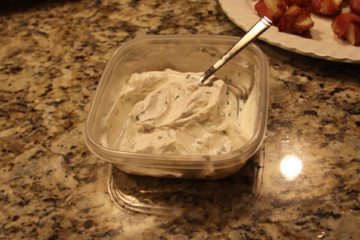