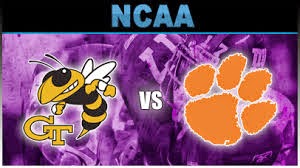 UGH. We were hoping for a 3:30PM kickoff this week, however it was announced that this week’s game is a 12:00PM kickoff covered on ESPN.  So….we are preparing a hearty brunch in mid-November.  We’ll get things going around 9:00AM, so that means lots of prep the day before. This tailgate party will be a good one, especially since it’s the final regular season home game for us. 🙁

We are hosting a large crowd at Georgia Tech, as they face conference rival Clemson. Clemson is about a 2 hour or so drive from Atlanta, and we have quite a few Clemson fans joining us this week. Georgia Tech heads into this game with an 8-2 record after this past week’s win against NC State, while Clemson’s record is 7-2, after beating Wake Forest on a Thursday night game  (Clemson has 2 games left to play on their schedule, while GT only has 1).
It’s going to be another cold one in Atlanta, GA! It’ll be sunny, but it’ll be in the upper 20s in the morning and only 51 later in the afternoon. Brrrrr!!!!!
KICKOFF: 12:00PM
TAILGATE START: 9:00AM
Here’s what we’re serving:
CINNAMON ROLL COOKIES
FRUIT SALAD
HAM SALAD FINGER SANDWICHES
BROWN SUGAR SMOKIES
CHEESE GRITS
HASH BROWN CASSEROLE
FRENCH TOAST MUFFINS

POSTGAME:
Since it’s an early game and will be cold, I’m planning a few goodies to nosh on while we all wait for traffic to die down!
BEER CHEDDAR SOUP
MARDI GRAS WINGS
A PLATTER OF MINI CUBANS (CUBANITOS)
CHOCOLATE TOFFEE BLONDIES

Heat the oven to 350 degrees F. Line a baking sheet with parchment paper. With a mixer, combine the sugars and butter and mix well.

Then add the vanilla and egg and mix.

In a small bowl, whisk together the flour, pudding, baking soda, salt and cinnamon. Mix into the butter sugar mixture.

Stir in the cinnamon and white chocolate chips.

Scoop tablespoon size dollops of the dough onto the baking sheet (I actually rolled it in my hands since the chips were sort of loose), and bake for 10 minutes.

White cookies bake, make the cinnamon roll frosting. Remove the cookies from the oven and allow to cool; then frost (see frosting directions below).  And…you won’t believe how wonderful your kitchen smells!!! Makes about 24 -30 cookies.

FROSTING:
In a small mixing bowl, beat the cream cheese until smooth.

Add the vanilla, powdered sugar and cream, if needed, for desired consistency.

In another bowl, stir together the butter, brown sugar and cinnamon.

Using a spoon, drop dollops of the brown sugar mixture into the frosting and using a knife, gently swirl it through. 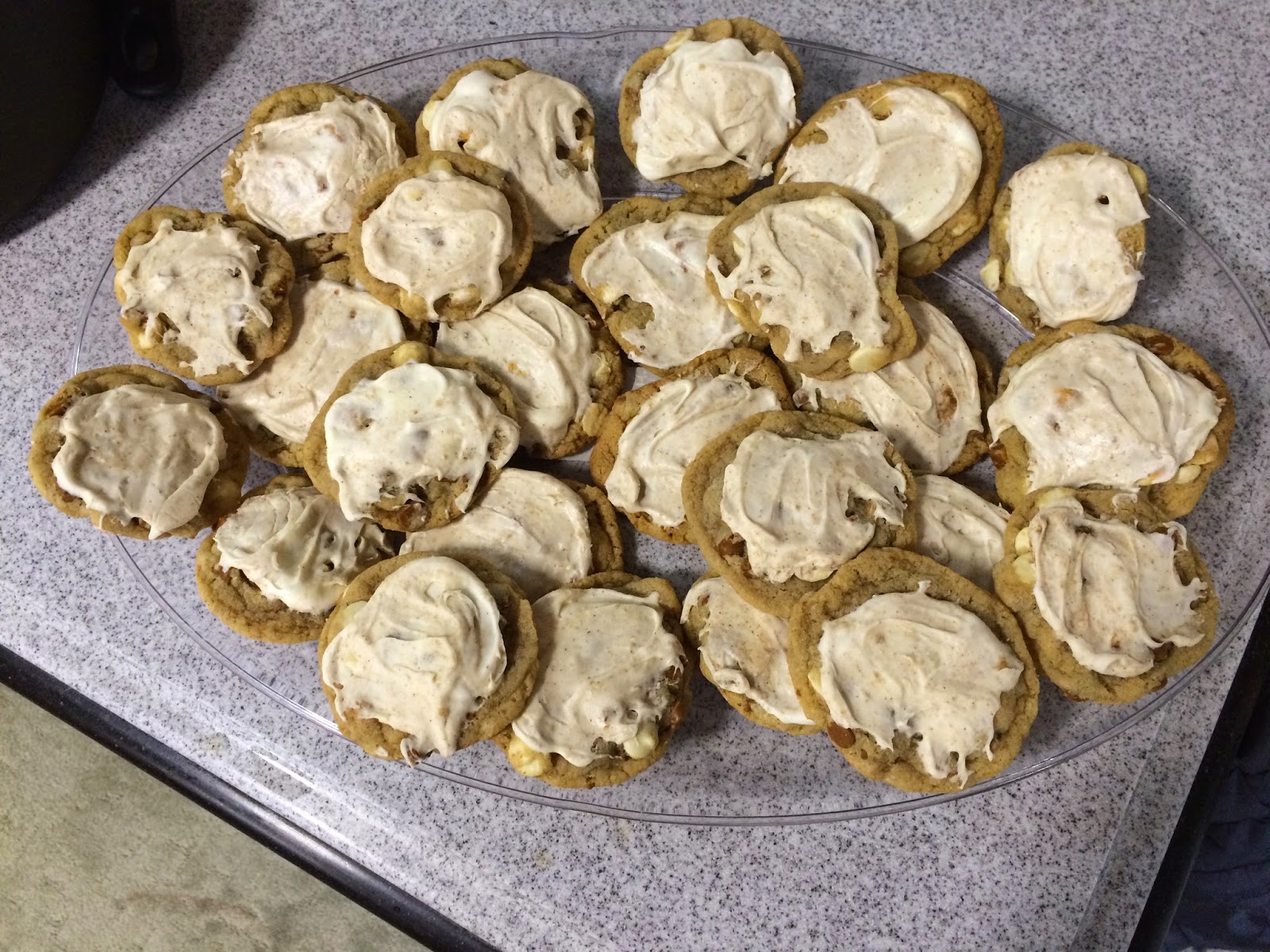 (from Living Tastefully)
I’ll probably serve this on crustless thin bread (like Pepperidge Farm’s), and then cut in half crosswise.  Finger food always gets gobbled up way before a dip or spread does.
3 to 4 cups cubed ham (I used a small, fully-cooked, smoked ham)
1/4 cup dill pickle relish

Pulse the cubed ham in the bowl of a food processor until a coarse mince.

Remove the ham and place in a medium-size mixing bowl. Add the pickle relish and mayonnaise to moisten to a spreadable consistency. I used about 4 TBSP of mayo.  Adjust amounts to your liking.  Mix well.

Then simply spread on very thin bread (after the crust has been cut off); top with another slice of bread, and then cut into triangles. 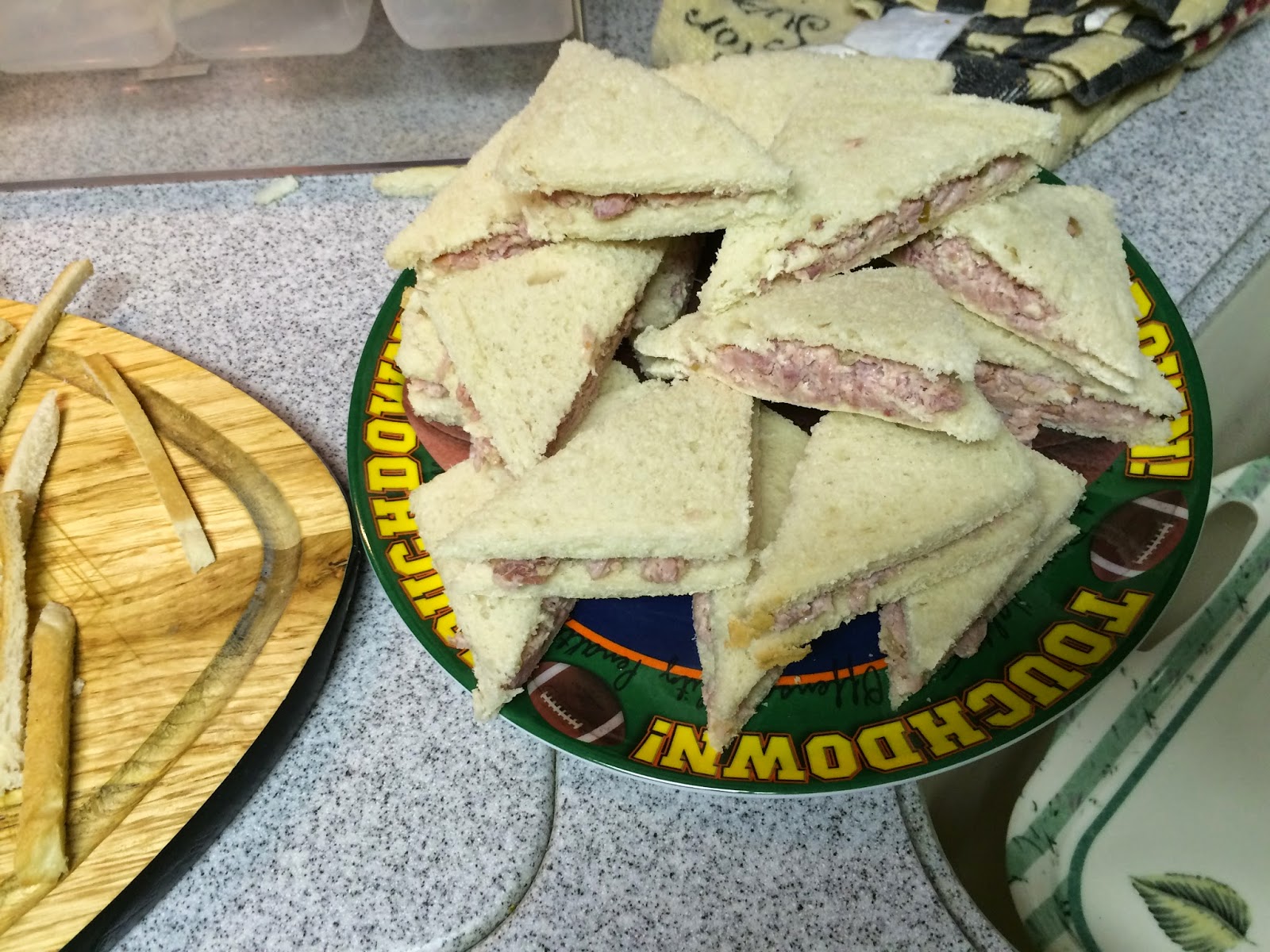 Preheat oven to 350 degrees F. Cut bacon into thirds and wrap each strip around a little sausage.

Place the wrapped sausages on wooden skewers, several to a skewer. Arrange the skewers on a foil lined baking sheet and sprinkle them liberally with brown sugar.

Bake until bacon is crisp and the brown sugar melted.  I cooked mine 50 minutes.

***You also can wrap them up the night before, put them in a covered bowl with the brown sugar, toss well, and let them “marinate” all night. Then, covering them with all of the sauce they’ve created,  bake them for an extended time until crisp—making sure the bacon is crispy. Turn half way through baking.

***Additionally, you can cook them in a slow cooker – make them as directed beforehand, THEN put the finished smokies in the fridge overnight with another cup of brown sugar sprinkled on.  THEN the next morning, put them in the crock pot on low.  This method is what I’ll be doing before our tailgate get together.  Great! 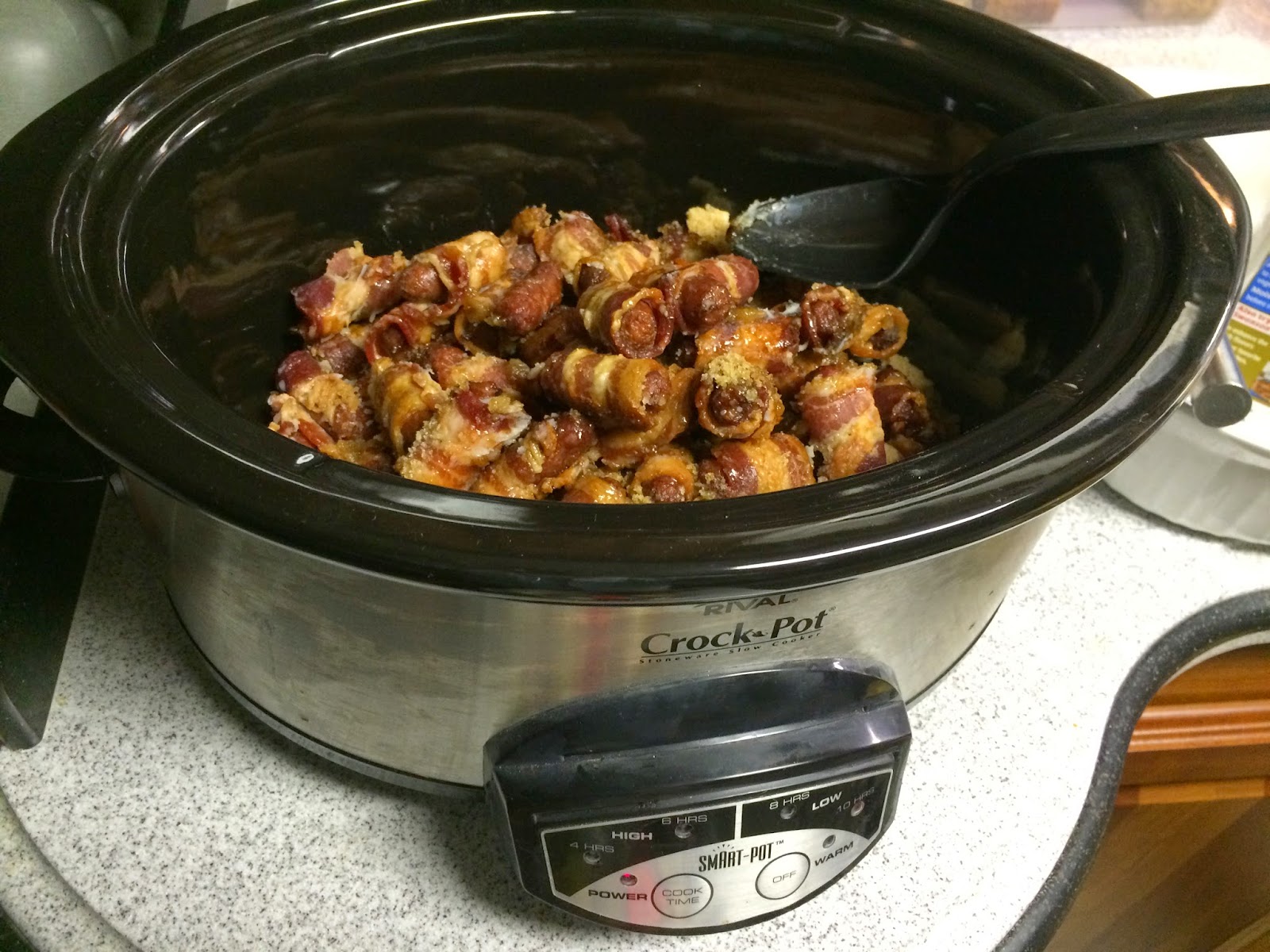 These are absolutely the best! Secret is the Chicken Broth…

Cook bacon in a large nonstick skillet over medium heat until crisp.

Remove bacon from pan, and crumble. Discard drippings in pan. Add 1 cup onion and garlic to pan; cook for 5 minutes or until tender, stirring frequently.

Stir in the potatoes; cover and cook for 15 minutes, stirring occasionally.

Preheat oven to 350 degrees F. Remove casserole from refrigerator; let stand at room temperature 15 minutes. Bake casserole, covered, for 30 minutes. Uncover and bake an additional 30 minutes or until bubbly around edges and cheese begins to brown.

Preheat oven to 350 degrees F. In a medium-large bowl, sift together all dry ingredients.

Add wet ingredients and stir until just combined. Do not over mix.

Spoon batter into muffin tins that have been sprayed with cooking spray.

Bake for around 25 minutes, or until they just start to turn a bit golden at the edges. Let them cool slightly; then remove from the muffin tin, and dip in the topping.  Makes about 10-12 muffins.

Mix sugar and cinnamon in a small bowl. 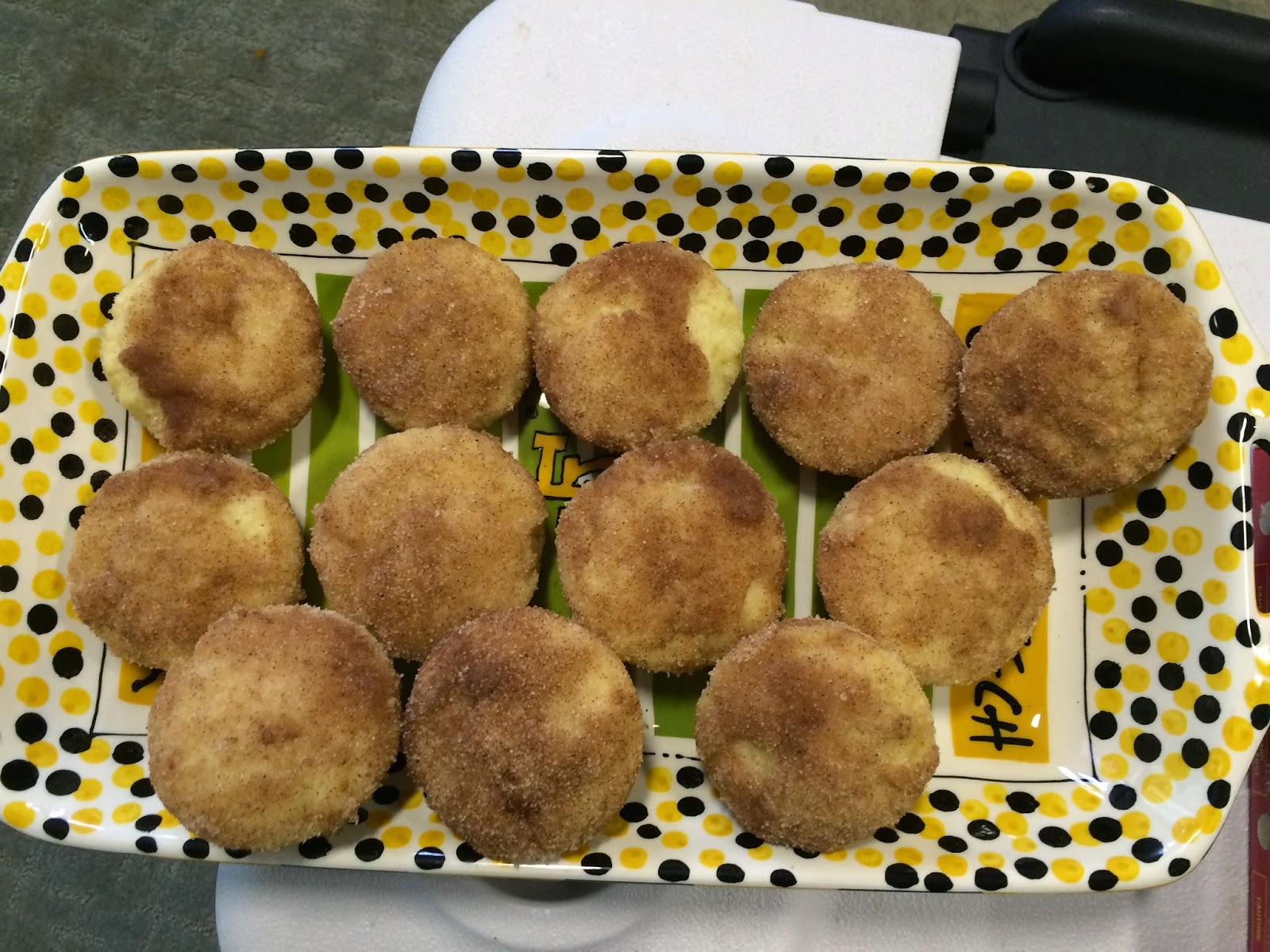 Using a slotted spoon, transfer the bacon to a bowl. Add the celery, onion, jalapeño, garlic and thyme to the saucepan and cook over moderate heat, stirring, until softened, 8 minutes.

Add half of the beer and cook until reduced by half, 5 minutes. Add 2 1/4 cups of chicken broth and bring to a simmer. 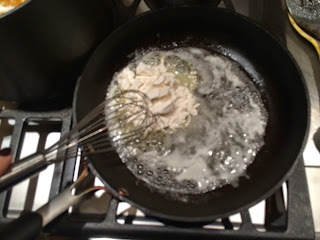 Whisk this roux into the soup until incorporated and bring to a simmer. Cook until thickened, about 8 minutes.

Add the heavy cream, cheddar cheeses and the remaining beer and simmer, stirring occasionally, until thick and creamy, about 5 minutes.

Stir in the bacon and season with salt and pepper. Add a few tablespoons of broth if the soup is too thick.  ***The cheddar soup can be cooled and then refrigerated overnight. Rewarm and thin with broth. Makes ~ 6 bowls or 10 cups. How gorgeous is this soup?

All packed up and ready to transport to my tailgate party: 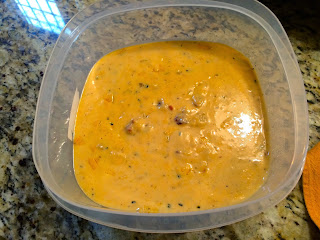 And I’m cheating on the rest! I grew up in Lakeland, FL (where Publix Supermarkets are headquartered) and am a huge fan.  Publix has these yummy treats that I’m ordering in advance and picking up before the game:
*A platter of “cubanitos” (made with Boar’s Head ham and pork)
*A platter of their “Mardi Gras” chicken wings

Preheat oven to 350 degrees F, and spray a 13 x 9 inch baking dish with nonstick spray. Whisk together flour, baking soda, and salt in a medium bowl.

Beat butter and brown sugar in a large mixer bowl on medium speed.

Fold batter into prepared baking dish, and use a sheet of parchment or wax paper to press dough evenly across bottom.

Bake for 18 to 20 minutes, or until edges are golden and a toothpick inserted in the center comes out with a few crumbs attached. Remove from oven to cool completely in pan on a wire rack.

Once cooled, and just before cutting into bars, move pan to the freezer and chill for 15 minutes; cut into squares with a sharp knife. Store in an airtight container at room temperature up to 3 days (or freeze). 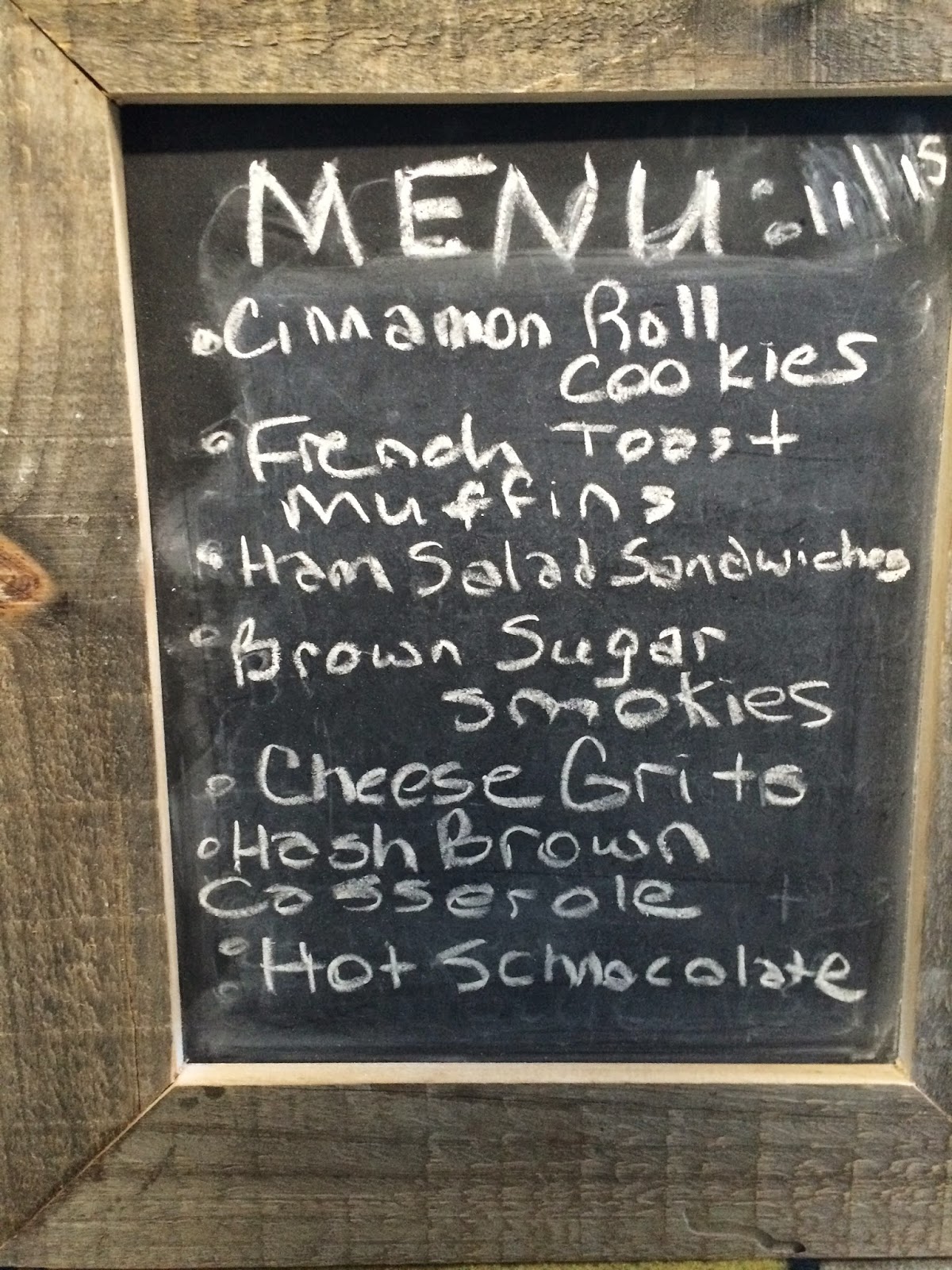 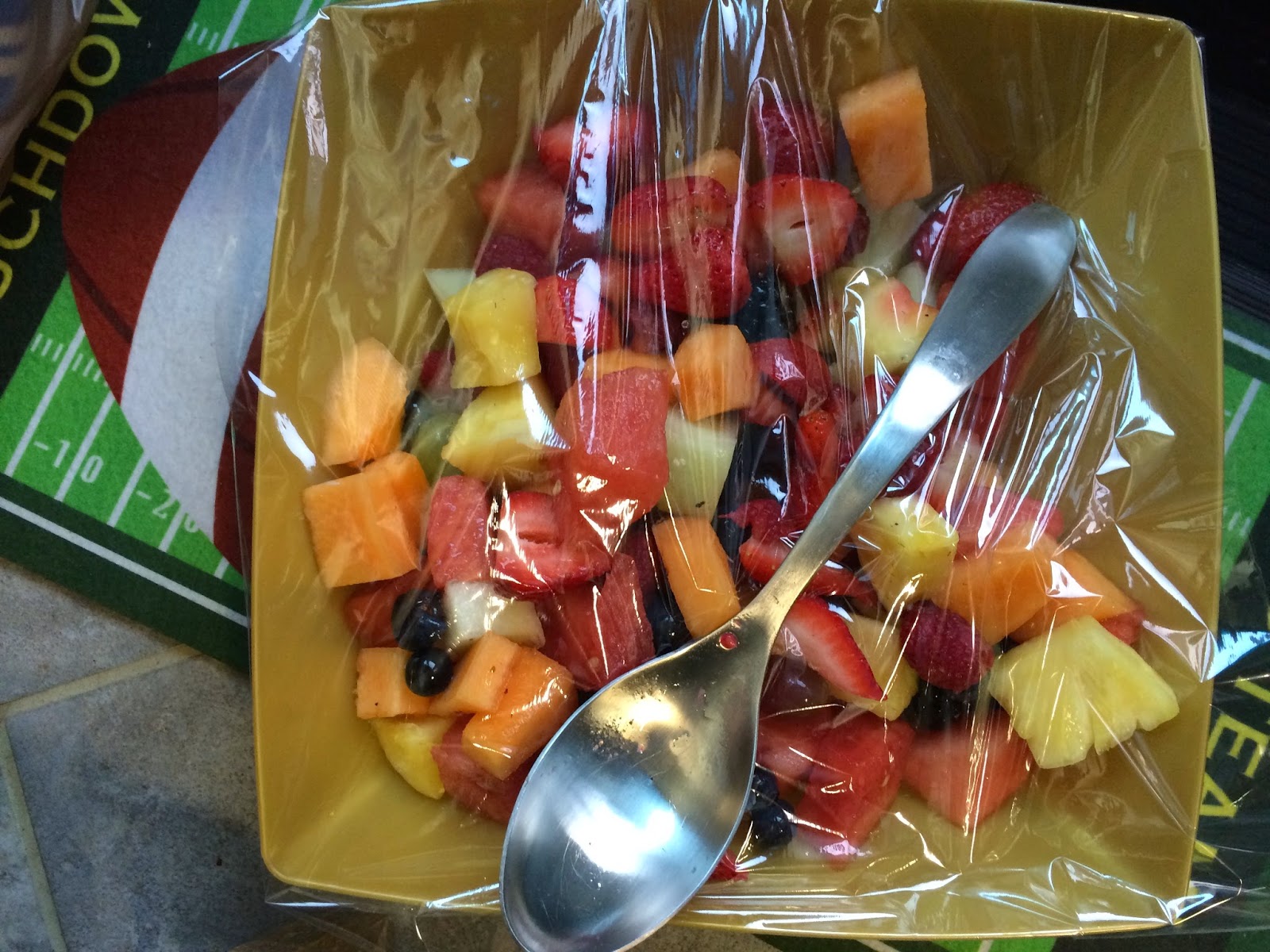 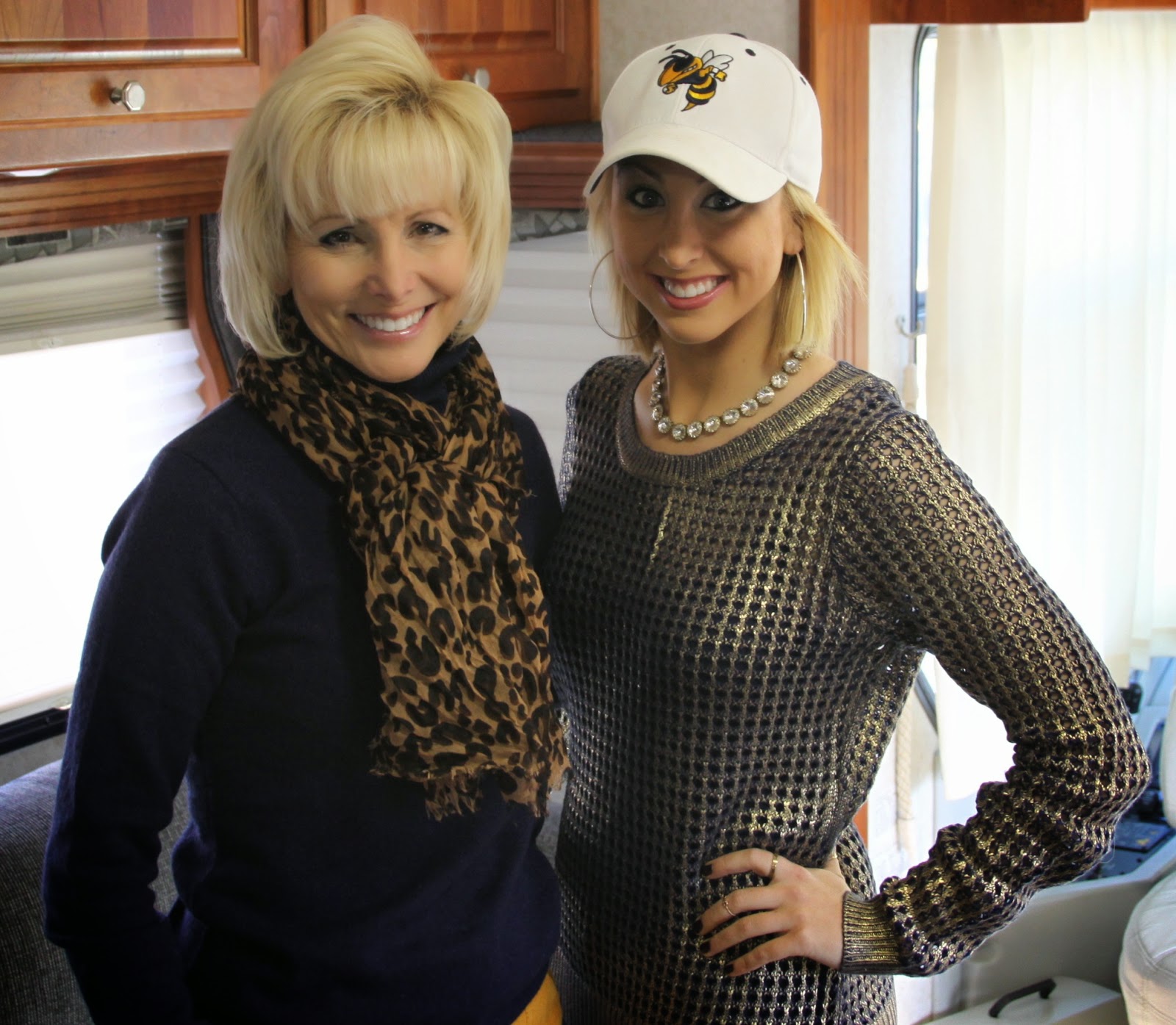 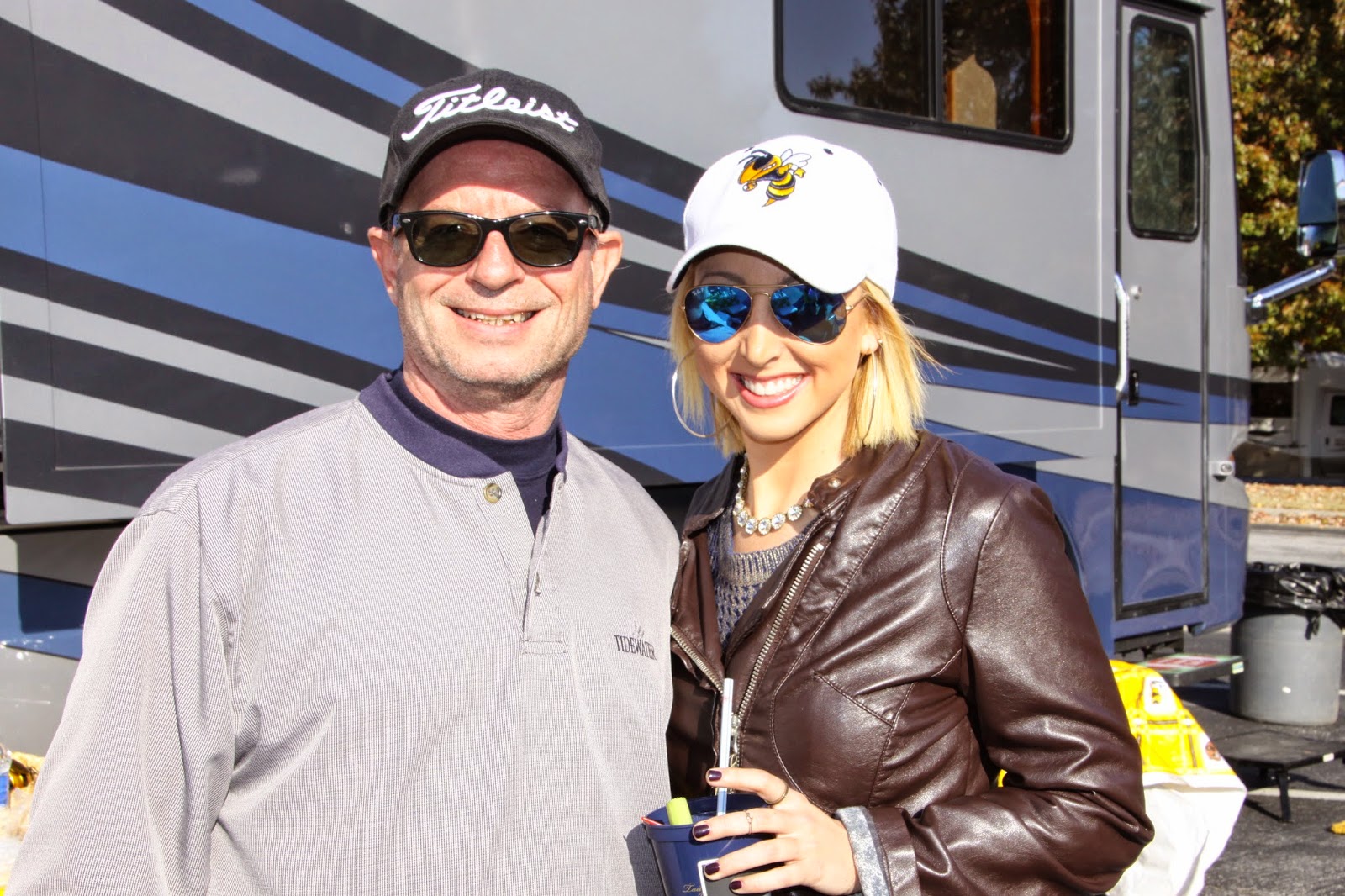 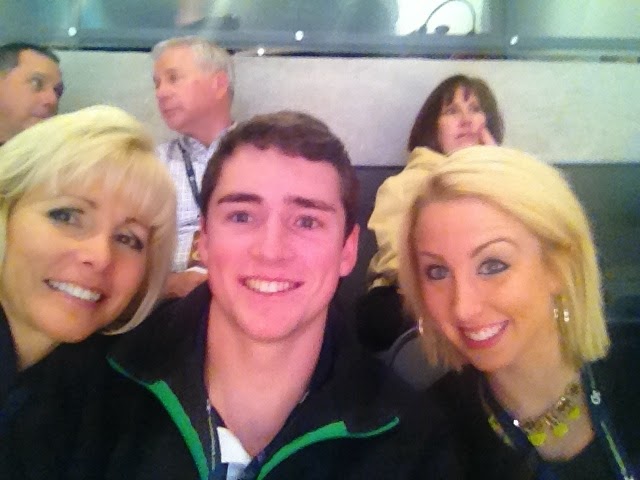 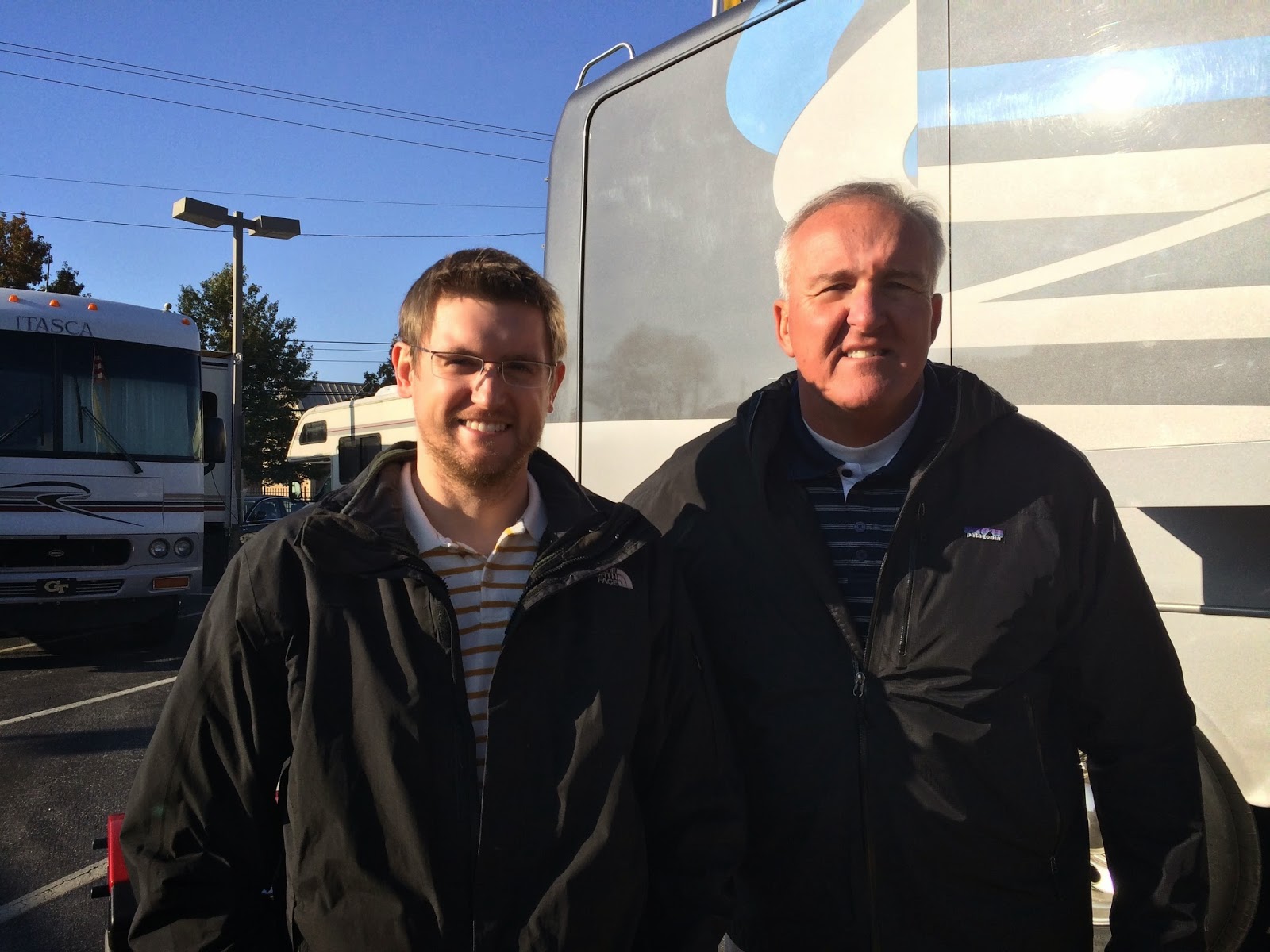 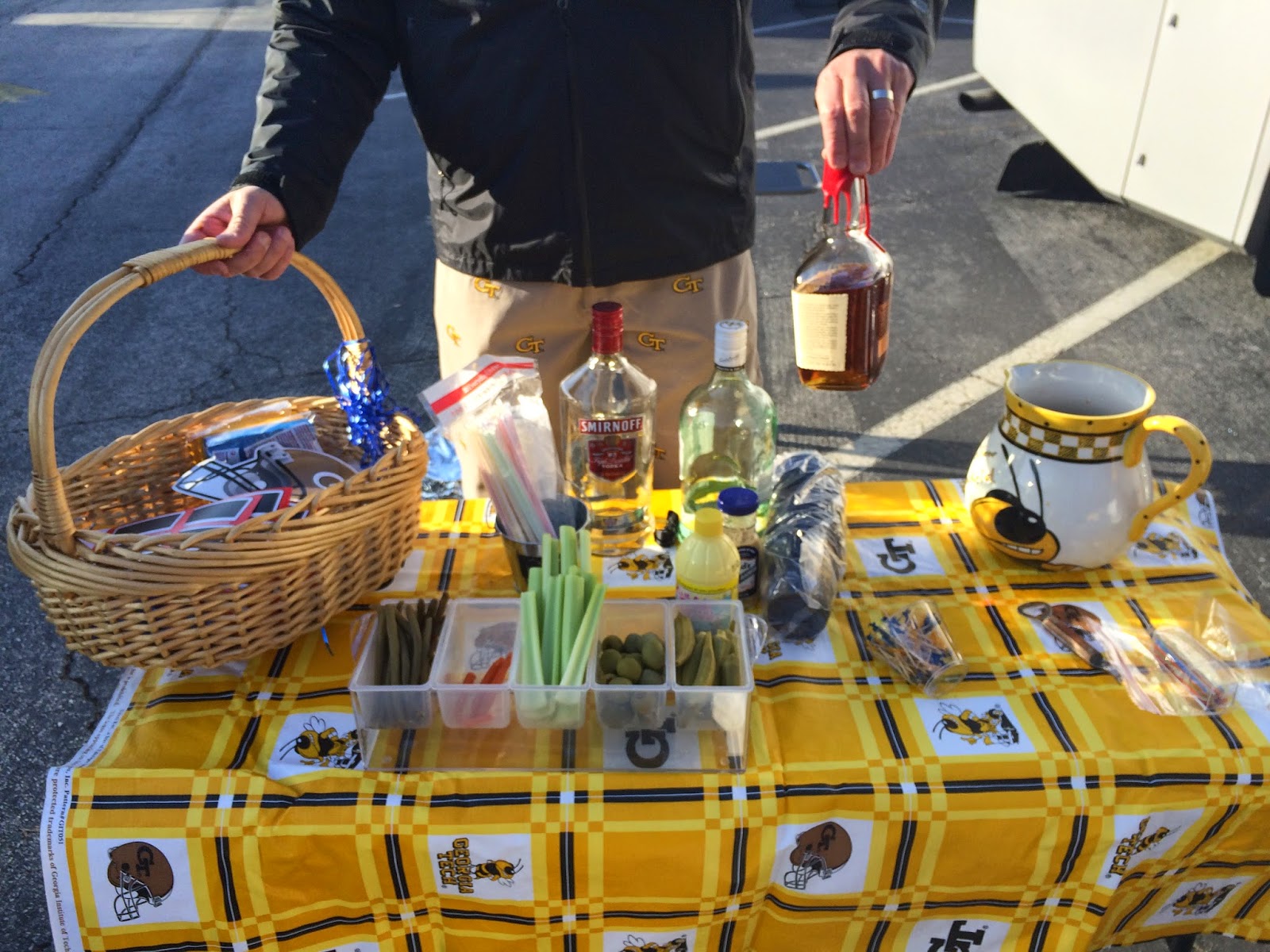 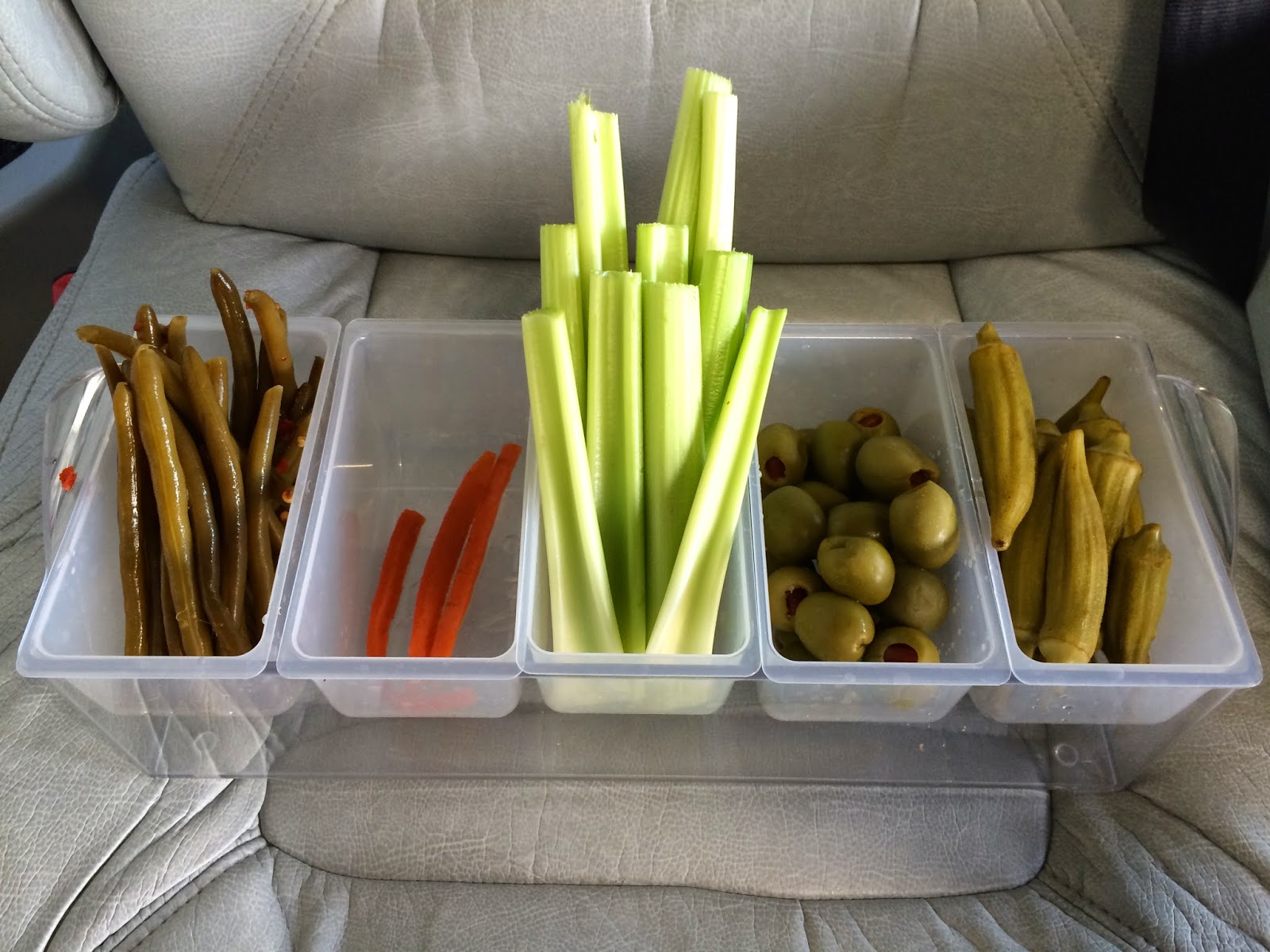 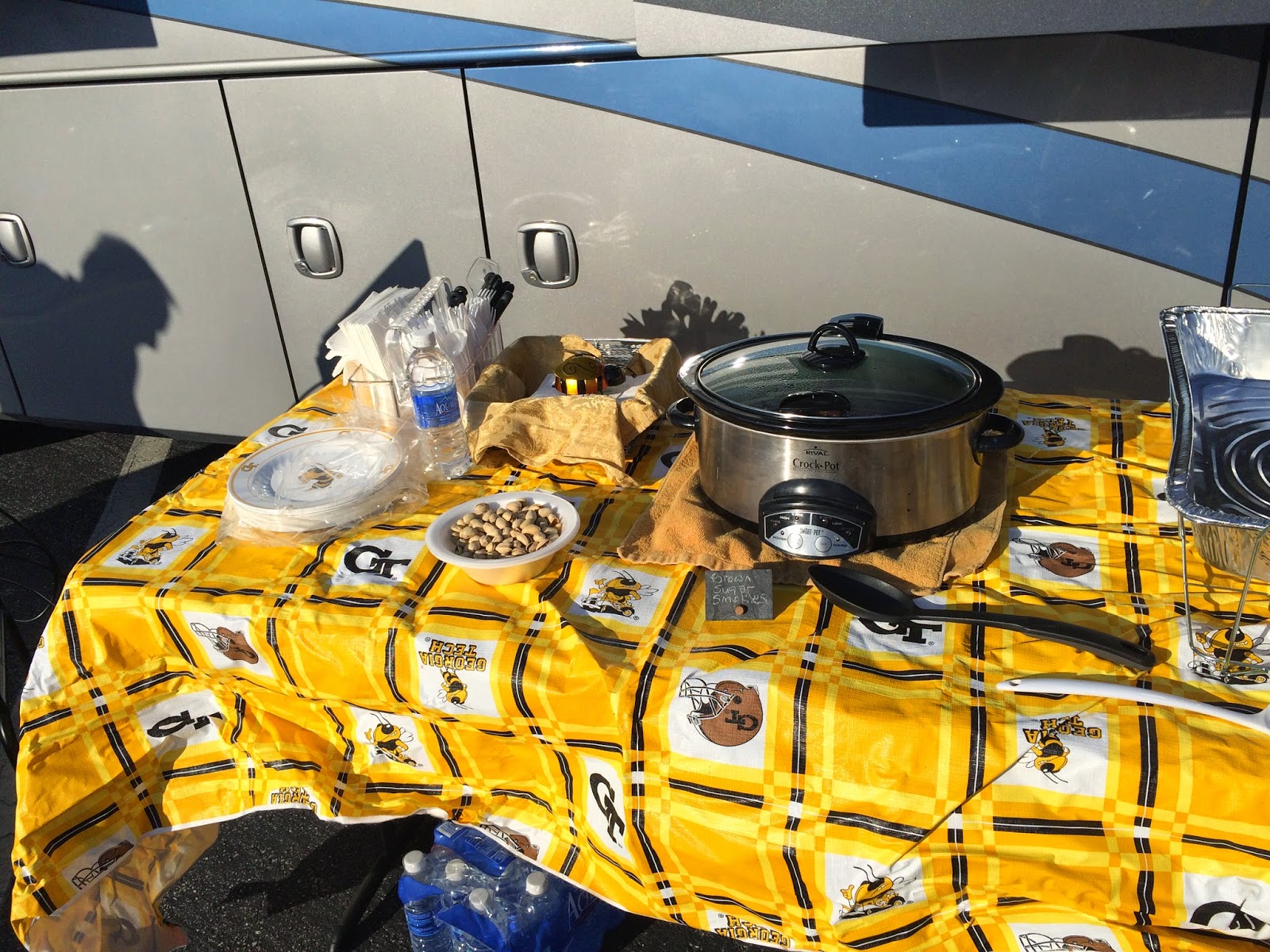 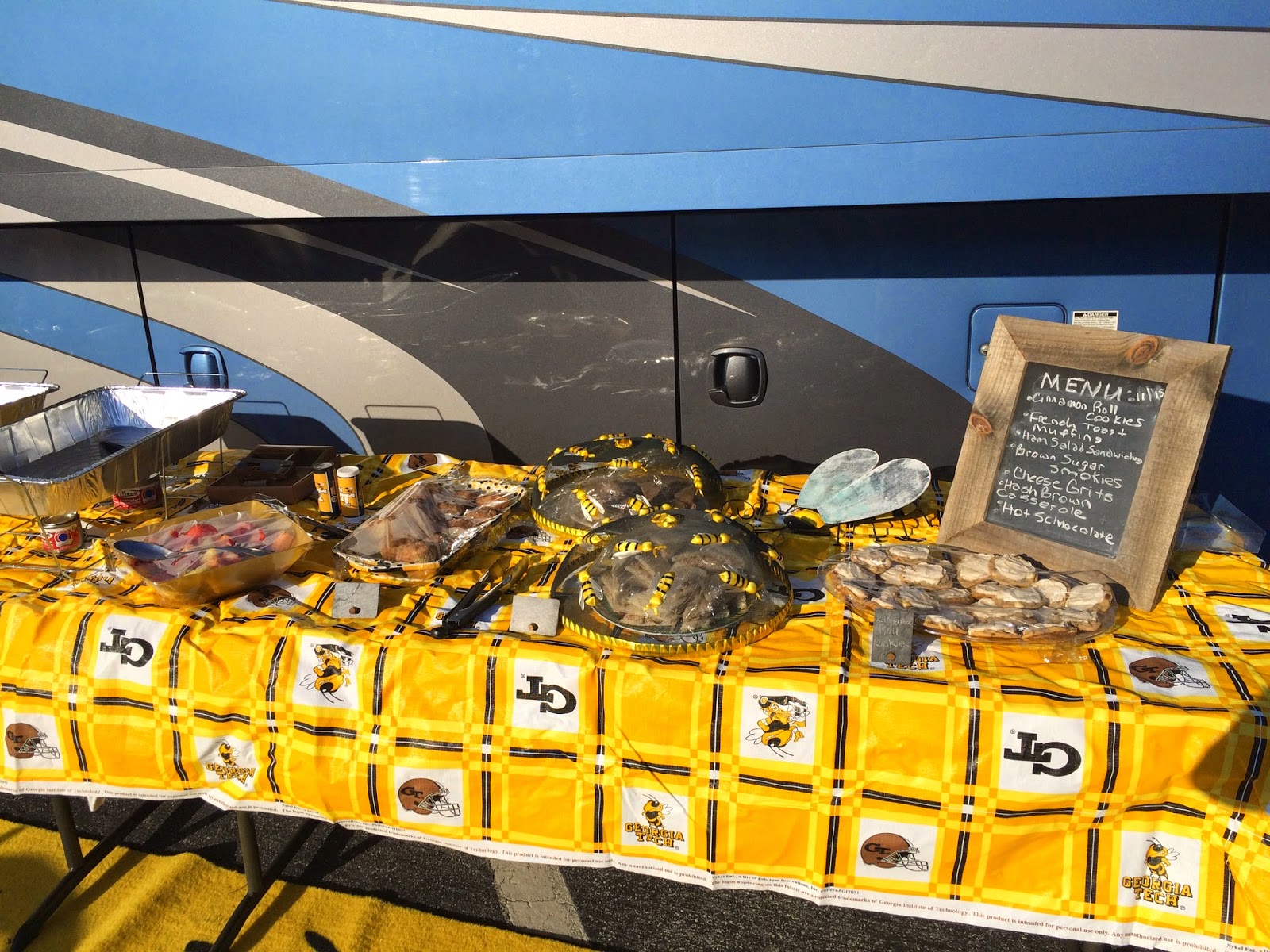 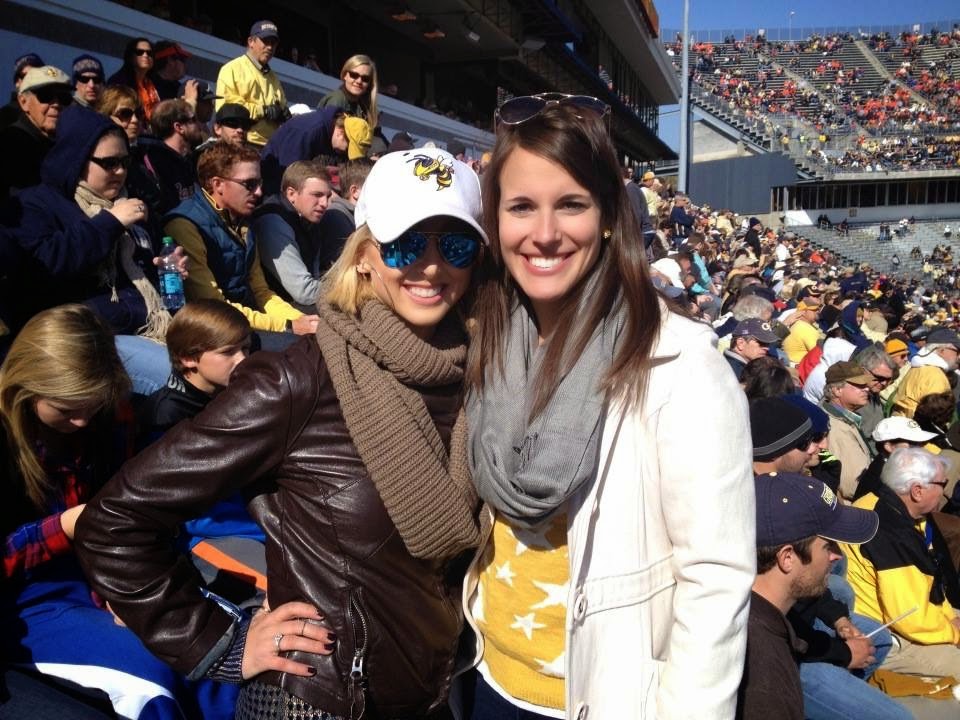 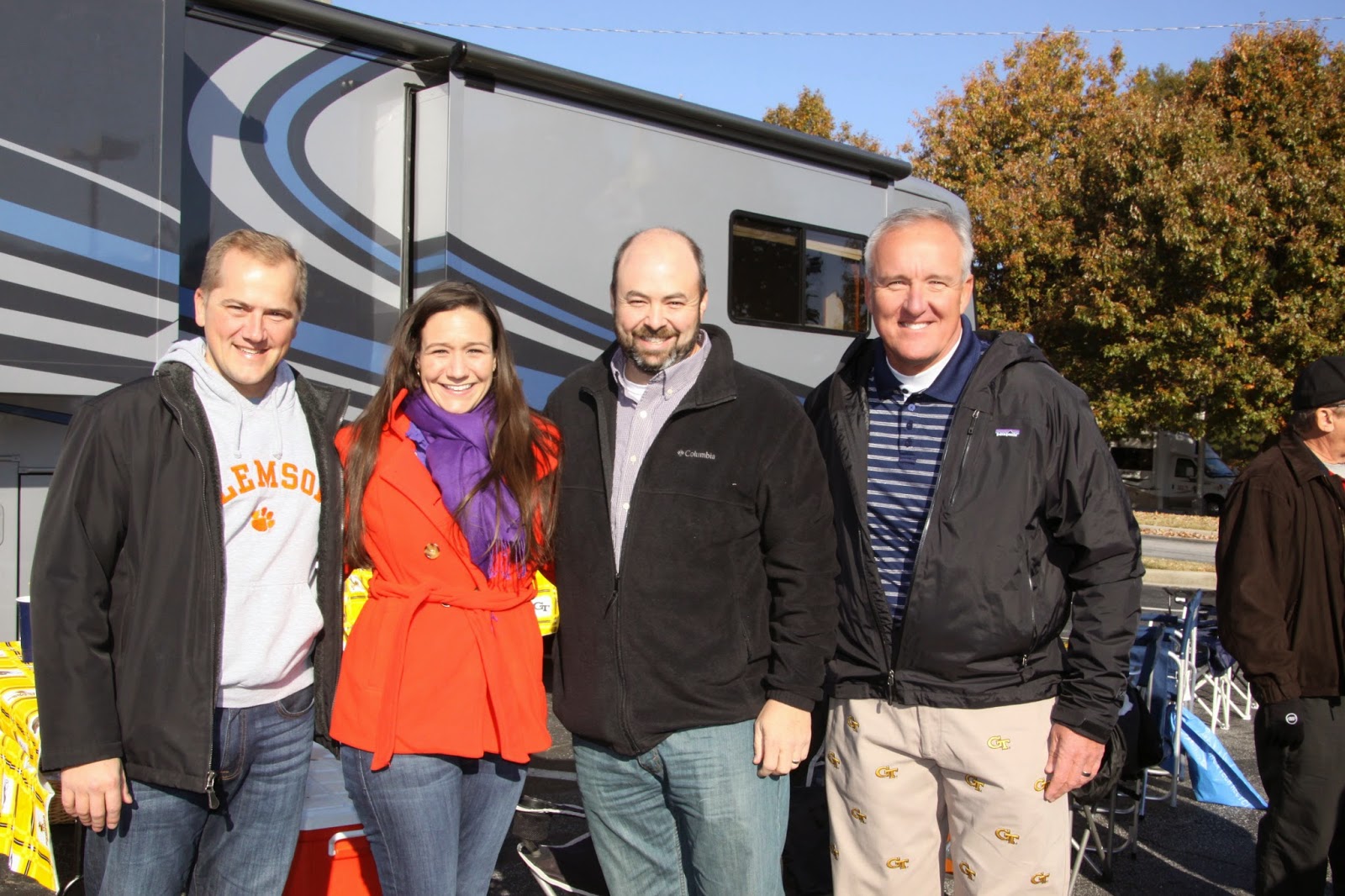 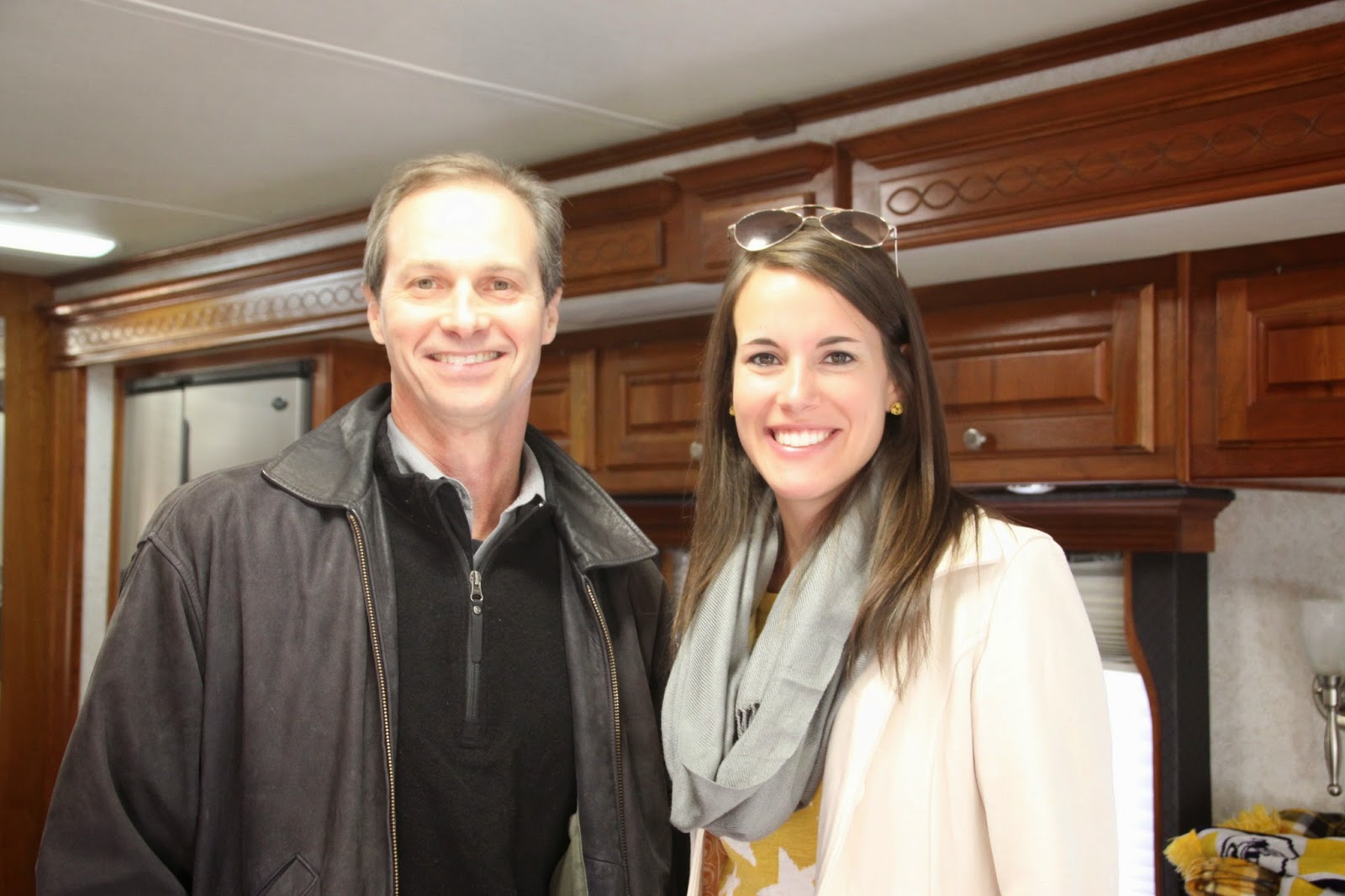 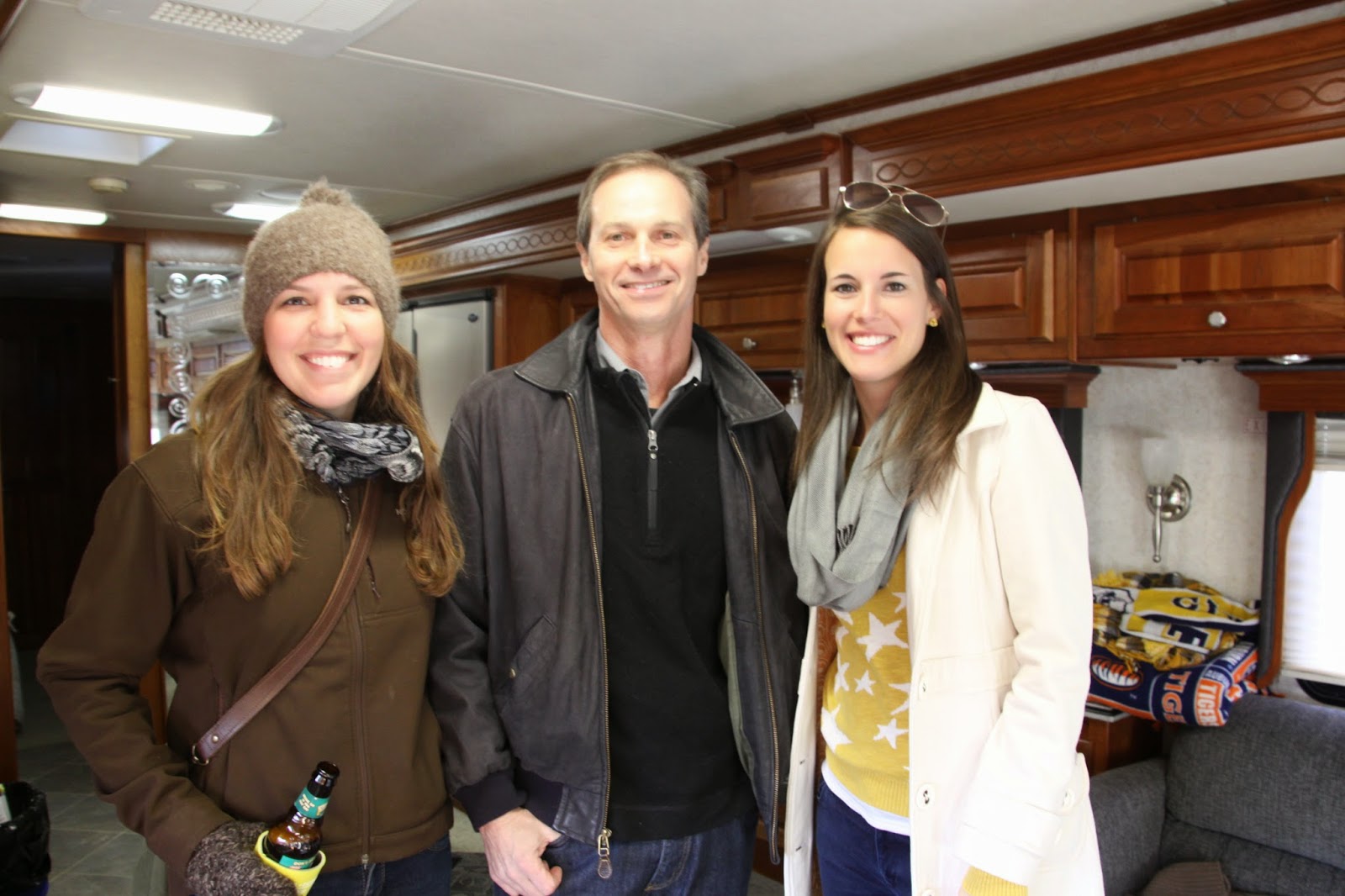 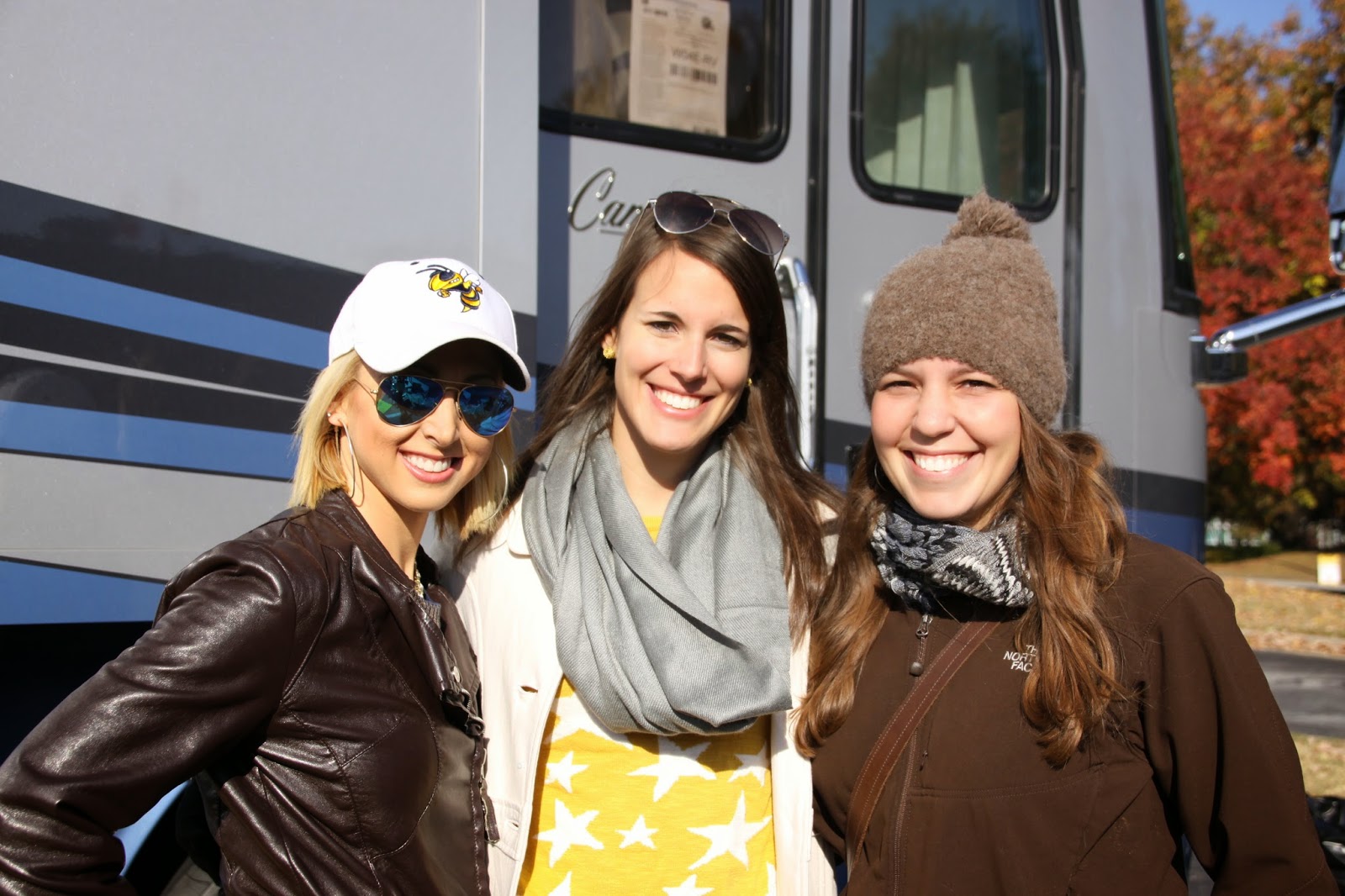 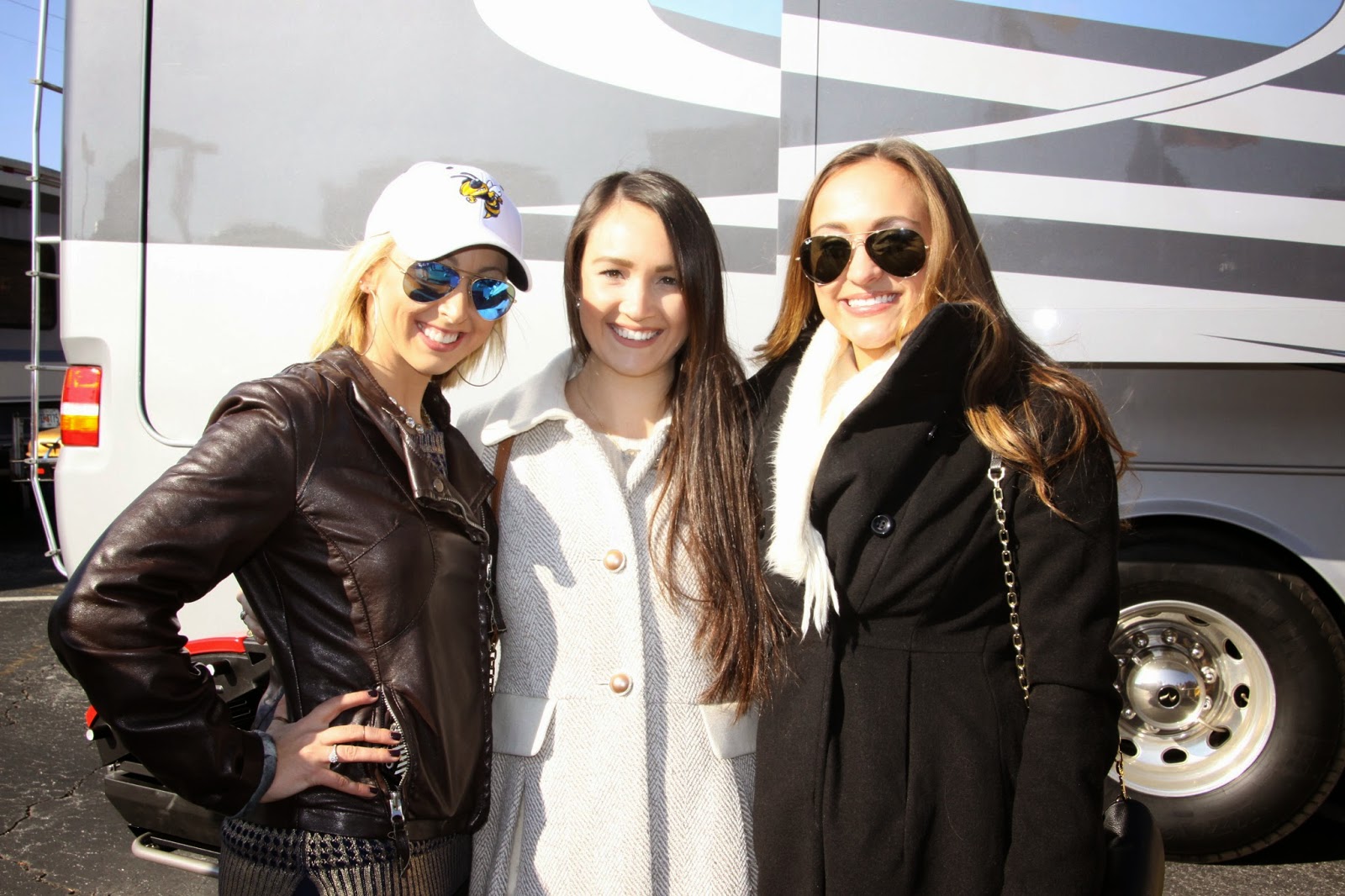 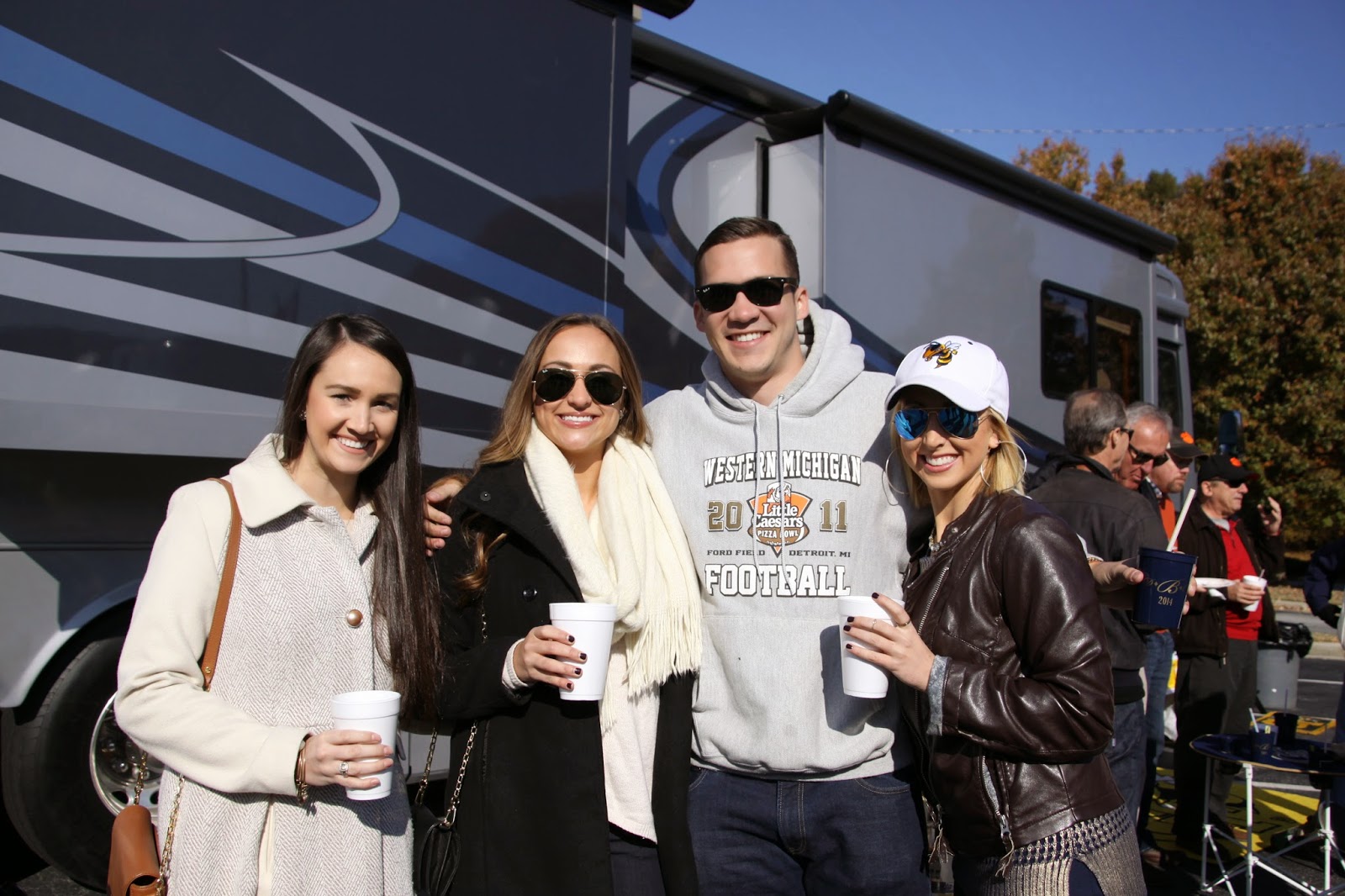 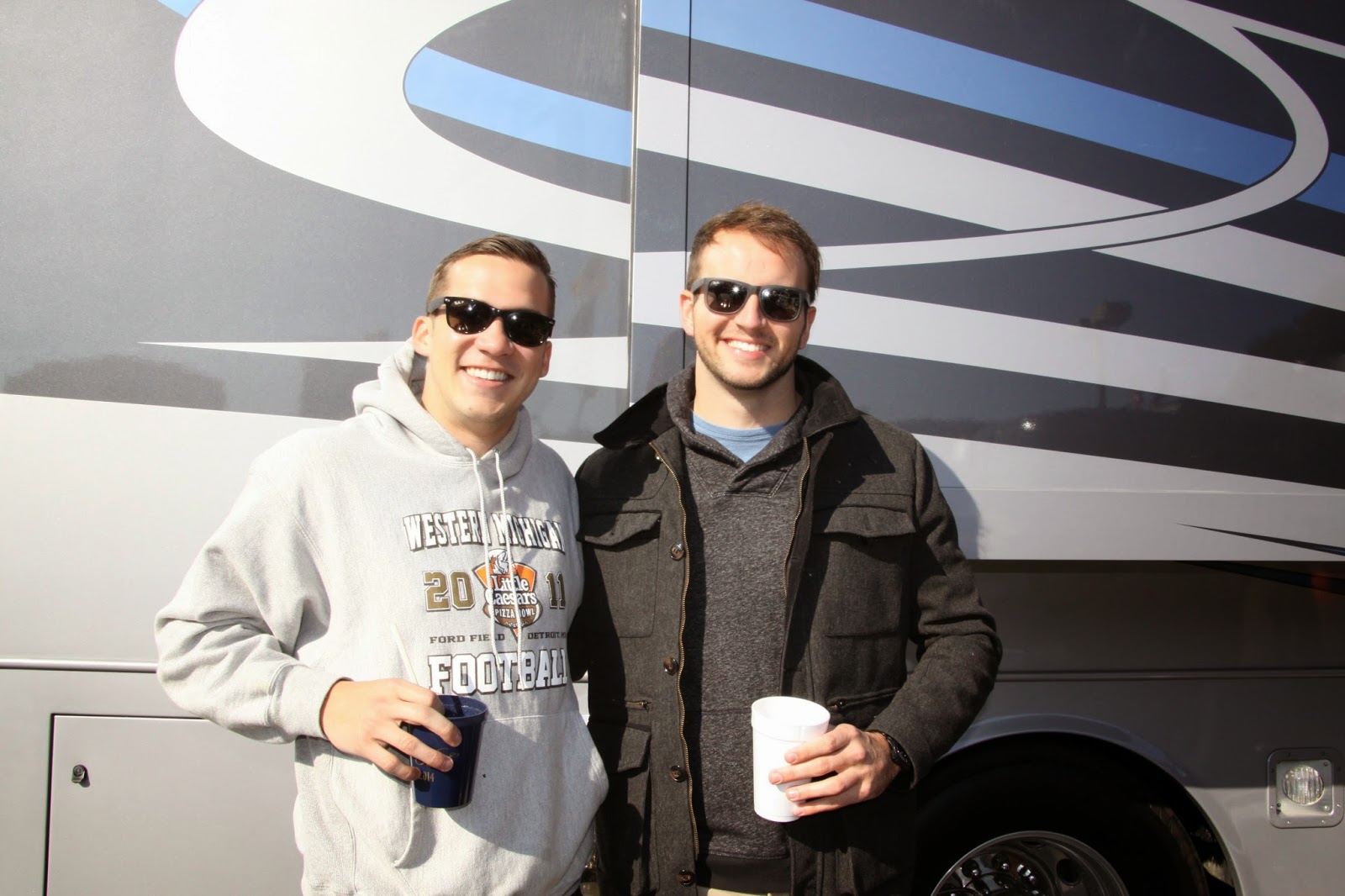 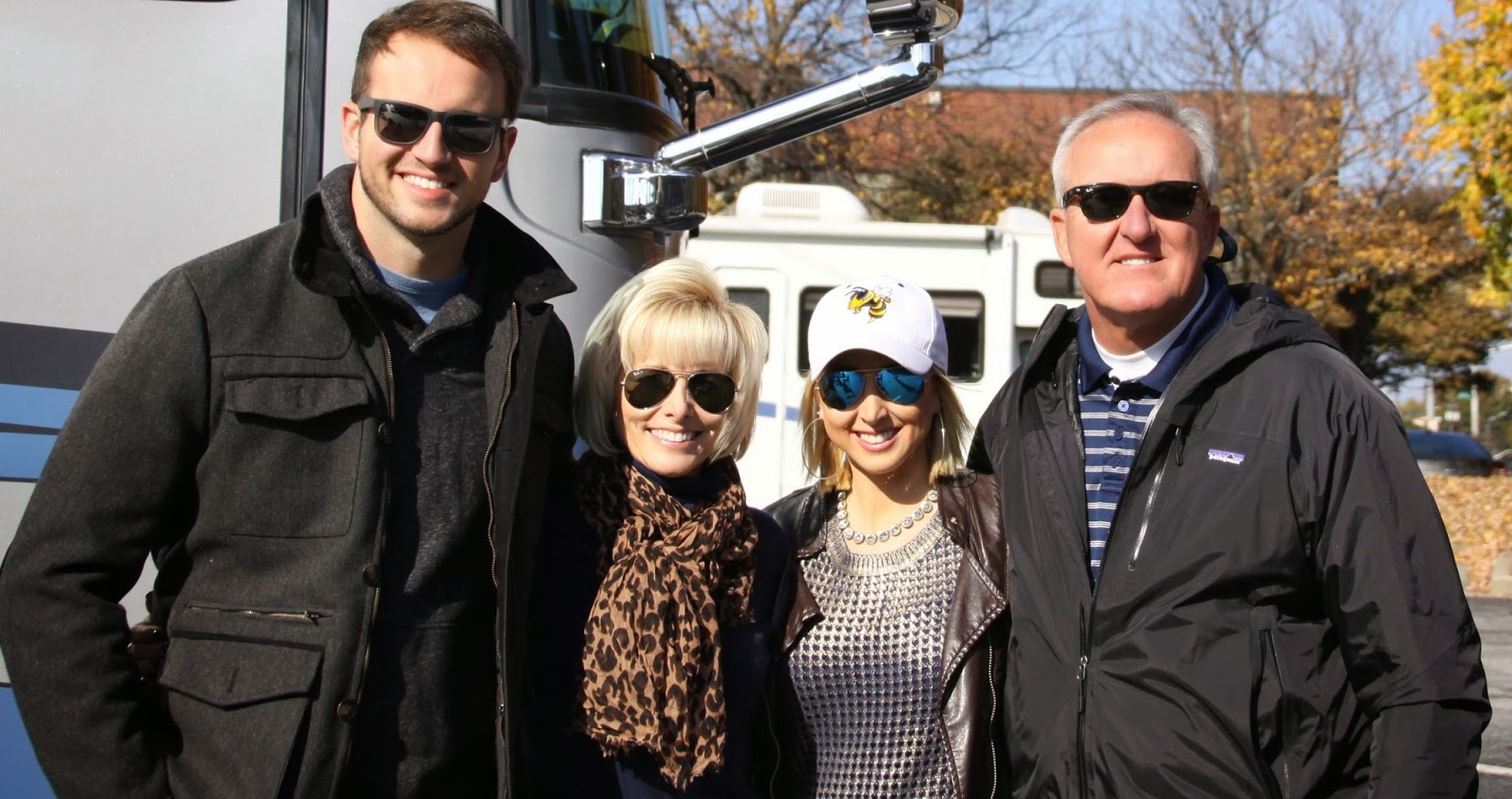 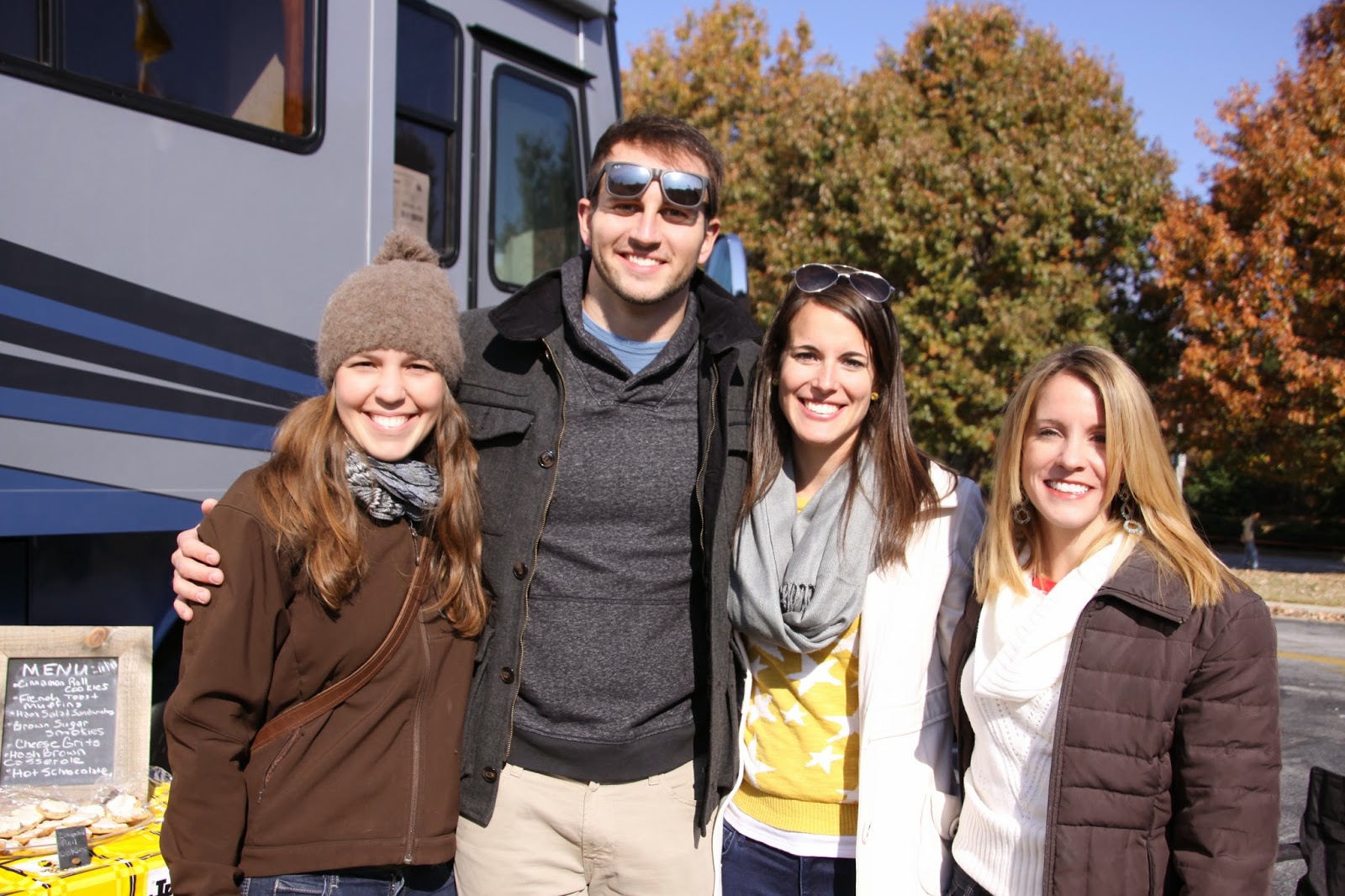 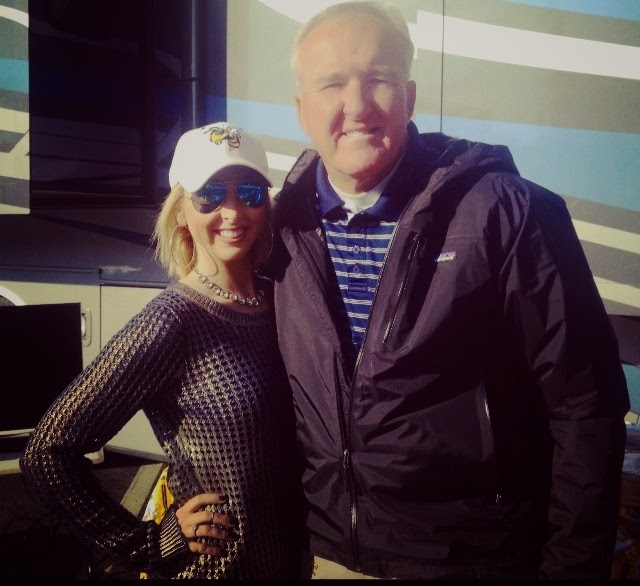 NEXT UP: COLLEGE BOWL GAMES!!!