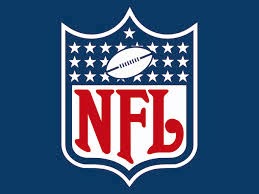 Well I’m a college football fan far more than an NFL fan, and MY NFL team (the Atlanta Falcons) didn’t have their best season this go around, BUT football is football, so we’re having a party before football season is completely over!  Here’s the menu:
REUBEN DIP
BUFFALO CHICKEN POTATO SKINS
BACON WRAPPED CHICKEN BITES
CUCUMBER BLACK EYED PEA SALAD
I WANT TO MARRY YOU COOKIES
WINTER SUN COCKTAIL
REUBEN DIP
(Adapted from Closet Cooking)

I doubled the recipe since I’m serving a big group.  Mix everything, and place it in a baking dish.

Bake at 350 degrees F until bubbling on the sides and golden brown on top, about 20 minutes.

If you like a Reuben sandwich, you will absolutely love this dip!
Slow Cooker Option: Mix everything, place it in the slow cooker and cook until the cheese is nice and melted about 1-2 hours on high or 2-4 hours on low.  Great with chips, crackers or pumpernickle bread.

Preheat oven to 350 degrees F.
Cut chicken breasts into 1-inch cubes. Cut each bacon slice into thirds. Wrap each chicken cube with bacon and secure with a wooden pick.

Dredge wrapped chicken in mixture. Coat a rack and broiler pan with nonstick cooking spray. Place chicken wrap on rack in broiler pan. Bake 350 degrees for 30 to 35 minutes or until bacon is crisp.  I used thick bacon so it actually took a bit longer.

These are yummy!  Serve with dipping sauce.

Whisk oil, lemon juice, oregano and pepper in a large bowl until combined.

Allow time for flavors to blend. Serve at room temperature or chilled.

(Adapted from the Cooking Channel)
It’s entirely possible these are the world’s greatest cookies!  These cookies are amazing – really buttery and chewy and yummy!  Head’s up though – they do take a bit longer than other chocolate chip cookies as there is chill time before cooking.  But,  trust me, it’s so worth the wait!!!

In a medium saucepan, melt the butter over medium heat until melted.

Remove from the heat.
Add the dark brown sugar and granulated sugar and stir until sugars are incorporated and smooth. 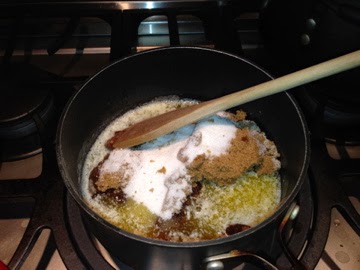 Chill the mixture for 10 minutes.
Remove from the refrigerator and stir in the egg, egg yolk, and vanilla.

In a large bowl, combine the flour, oats, baking soda, 1/2 teaspoon salt, and cinnamon and mix together.

Roll by hand into 24 medium-size balls or use a scoop, and place on a light-colored cookie sheet.

Chill for 30 minutes.
Preheat the oven to 325 degrees F. Remove the cookies from the refrigerator and bake for 12 to 14 minutes.

DISCLAIMER: The creator of these said that these cookies are a sure thing to get someone to fall in love with you…Apparently you may need to be prepared for a marriage proposal on the spot.

WINTER SUN COCKTAIL
(Adapted from Two Tarts)
Thought this drink would be nice, as we are craving some sun and Vitamin D this winter already!

juice of 2 clementines (about 1/4 cup)
juice of 1/2 small lemon (1/2 oz)
1/2 oz triple sec
1 1/2 oz vodka
sprig of rosemary
lemon zest
sugar
Moisten the rim of your glass with some fruit juice. (The juice helps the sugar to adhere better than water does.) Combine zest and sugar in a shallow bowl or plate. Turn the glass over onto plate and coat with sugar. Pour juices, triple sec, and vodka into a shaker. Shake and then pour over ice. Garnish with rosemary sprig. (Makes 1.)

THE LATEST IN FAN GEAR!

How about these for gameday?  They are little gloves for your first two fingers to be able to support your team and give the VICTORY sign!  Go to Victory Fingers and order your favorite college or pro team’s “fingers” today!  I think they are adorable!!!!