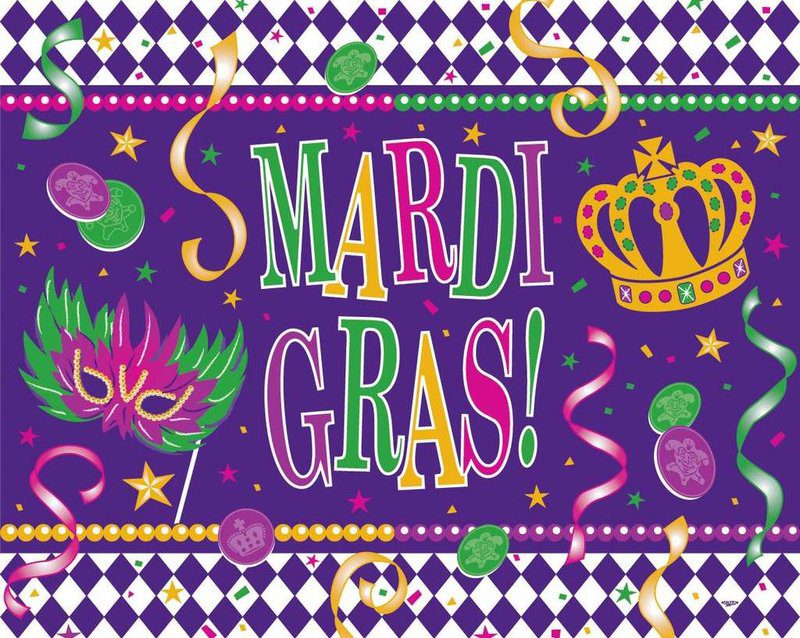 Now that football season is officially over, I’m looking for something to celebrate!  I’m in Atlanta, Georgia – a long way from New Orleans, but – I can still enjoy good food in the comfort of my home. So grab some friends, family, neighbors and sample this menu:

Set a large 12-inch saute pan over medium heat and add the olive oil. Once hot, add the onions and garlic to the pan.

Add the green and red peppers, zucchini, and squash and continue to cook for an additional 5 minutes.

Add the tomatoes, basil, parsley, red pepper flakes and salt and pepper, to taste, and cook for a final 5 minutes. Stir well to blend and serve either hot or at room temperature.

Melt the butter in a large Dutch oven set over medium heat. Add the flour and stir continuously to make a roux. Stir the roux over medium heat until the color of peanut butter, 5 to 7 minutes. Add the onions, bell peppers, celery, and garlic to the roux, and cook, stirring often, for 10 minutes. Add the tomatoes to the pot and season with the bay leaves, salt, cayenne, and 1 tablespoon of the Essence. Cook the tomatoes for 2 to 3 minutes and then whisk in the shrimp stock.
Bring the mixture to a boil, and reduce to a simmer. Cook the etouffee, stirring occasionally, for 45 minutes. Season the shrimp with the remaining tablespoon of Essence and add them to the pot, stirring to evenly distribute. Cook the shrimp for 5 to 7 minutes, or until they are cooked through. Add the chopped parsley to the pot and stir to combine.

1 Sugar Cube
2 1/2 oz. rye whisky
2 dashes Peychaud’s bitters
1 dash Angostura Bitters
absinthe
lemon peel
old-fashioned glass
In an Old-Fashioned glass (not a mixing glass; it’s part of the ritual), muddle a sugar cube with a few drops of water.
Add several small ice cubes and the rye whiskey,* the Peychaud’s bitters, and the Angostura bitters.**
Stir well and strain into a second, chilled, Old-Fashioned glass in which you have rolled around a few drops of absinthe (no substitute really works, but you can try either a mix of Pernod and green Chartreuse, or Absente) until its inside is thoroughly coated, pouring off the excess.
Garnish with a twist of lemon peel (some insist that this be squeezed over the drink and discarded; Handy wasn’t so picky).

* Esquire says: Use the good stuff, if you can find it: Van Winkle Family Reserve Rye (13 years old), or Sazerac Rye (18 years old).

** Optional. It’s not in the original recipe, but it’s traditional nonetheless, and it’s not bad. 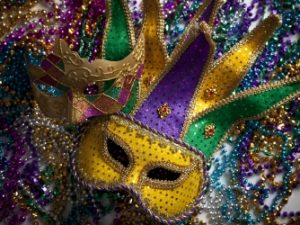 Here are a few fun facts about Mardi Gras (from the Chicago Times) I thought were interesting:
* Thank Pope Gregory XIII for adding the event to the calendar in 1582 on the day before Ash Wednesday, which Lent, the 40 days of fasting and prayer leading up to Easter Sunday.
* Another name for Mardi Gras is “Shrove Tuesday.” The word “shrove” comes from the “shrive,” which means “to confess.” Going to confession is an unofficial practice of Catholics to prior to starting the 40 day spiritual journey of Lent.
* International names for Mardi Gras include: Martes de Carnaval in Mexico, Fastan in Sweden, Martedi Grasso in Italy, J’Ouvert in Trinidad, and Karneval in Germany.
* Like many holidays we celebrate today, the festivities include evidence of pagan tradition.  Feasting and masquerades, which are important parts of today’s Mardi Gras celebrations, were also parts of the ancient Roman festivals of Saturnalia and Lupercalia.
* It wouldn’t be Fat Tuesday without purple, gold and green beads, but how did those colors come to be symbolic with the holiday? The King of the first daytime carnival in 1872 selected those colors based on their associated meaning and he would toss them to people he thought fit that meaning.
Purple = justice
Gold = power
Green = faith
* New Orleans was not the first American city to host a parade for the occasion. That was Mobile, Alabama. Louisiana is where the celebration originated in North America, though, and for that we can thank France for sending  the LeMoyne brothers in 1699 to defend France’s claim in Louisiana, as they brought the holiday with them.
*  New Orleans held its first Mardi Gras parade in 1837. Floats appeared 20 years later.
* Lawmakers in Louisiana made Mardi Gras a legal state holiday in 1875. It is still observed in parts of the state and is also a state holiday in Alabama and Florida.
* Masks are a fun part of Mardi Gras, but if you’re riding on a float, don’t leave home without one. It is illegal to ride on a Mardi Gras parade float in New Orleanswithout wearing a mask.
* Mardi Gras may be the day before Lent, but it also marks the end of Carnival season, which begins Jan. 6.
* It is also known as Pancake Day or Paczki Day. 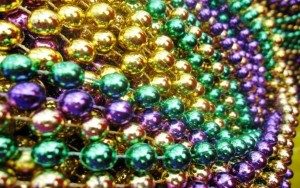